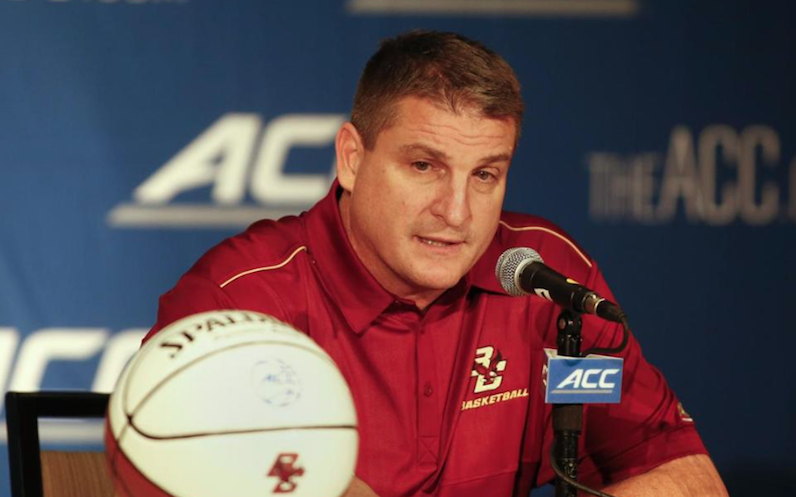 Late last week, Boston College received a visit from 4-star forward Saddiq Bey, a former NC State commit. Bey and NC State mutually agreed to part ways, back in the middle of May. This occurred as Pack added FIU grad transfer Eric Lockett and Kentucky transfer Sacha Killeya-Jones. (In fact, Bey was released from his LOI the same day SKJ transferred in.)

Jon Rothstein was the first to report Bey’s visit to Chestnut Hill.

Boston College will of course have to deal with the departure of All-ACC guard Jerome Robinson, who is headed to the NBA Draft. However, the return of pick-and-roll dynamo Ky Bowman is a serious boon for Jim Christian and the Eagles.

2018 Recruiting Class for BC

Hamilton, a 4-star forward from Concord, North Carolina is rated as the No. 70 player in the 2018 class, per 247 Sports. The 6-foot-8 Hamilton will team up with Bowman and guarantee that for the third straight season BC will have two players from North Carolina on its roster.

Tabbs is a 3-star prospect and hails from Leonardtown, Maryland, which is about a 90-minute drive from Washington D.C.

The 6-foot-7 Bey would be an interesting fit next to Hamilton; it’s easy to visualize those two next to one another in a positionless scheme. Bey, who played his prep ball at the Sidwell Friends School, is from Washington D.C. This makes for an obvious connection with Tabbs, too.

That said, to be in the conversation and have stuff to offer is big. It’s easy to forget that just two years ago Boston College was coming off a 7-25 season when the Eagles went winless in the ACC, and finished No. 320 nationally in offensive efficiency.

Credit due to Jim Christian

After winning just 16 total games in the 2015-16 and 2016-17 seasons (combined 2-34 in the ACC), Boston College is in the midst of an uptick. In his fourth season with BC, Jim Christian helped guide the Eagles to 19 wins, including seven in the mighty ACC. Behind Robinson and Bowman, Boston College also ranked 52nd nationally in offensive efficiency, per KenPom.

This is obvious, tangible growth for a program that hasn’t gone to the NCAA Tournament since 2009 — the longest drought of any ACC team.

With Robinson headed to the league, Boston College is tasked with replacing one of the ACC’s top three or four players. Bowman is a great starting place; veteran wing Jordan Chatman is a wonderful three-point shooter, which helps, too. In the post, Steffon Mitchell (an excellent offensive rebounder) and Nik Popovic are super active players; they should continue to pair well with Bowman in the screen-roll game.

That’s a strong nucleus of returning talent. With the infusion of Hamilton and Tabbs — and possibly Bey — BC could put together another strong team in 2018-19.

Can the Eagles snap this postseason absence? We will see, soon enough.

Is America’s top returning running back in the ACC?