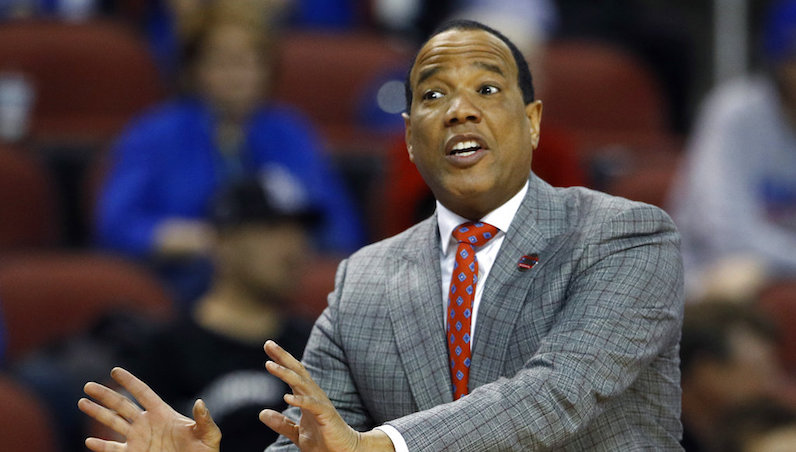 According to a report from ESPN, Florida International guard Eric Lockett will transfer to NC State. Lockett, a 6-foot-5 wing, is a graduate transfer; he will be eligible to play immediately, in the 2018-19 season.

Lockett is at his best around the basket, or on the break. The grad transfer shot 59.4 percent on cut possessions, per Synergy, and scored 1.05 points per possession in transition (62.8 eFG%), per Synergy.

In the half-court, nearly 33 percent of Lockett’s field goal attempts came on non-post-up attempts at the basket: 1.26 points per possession (60.6 FG%).

I would also imagine that part of the appeal for Lockett with Kevin Keatts: size on the wing, which could add to NC State’s versatility on defense.

Under Keatts, the Pack plays an aggressive style of defense that is switch-heavy in the half-court. That’s a good thing; that’s the future of basketball. However, it comes with a cost, too. Frequently, guys like Markell Johnson and Braxton Beverly would end up on bigger opponents. Some of that’s unavoidable, and you live with it because of the added benefits: NC State ranked inside the top 60 nationally in steal rate and opponent turnover, per KenPom.

The personnel will be different next season — think about NC State’s wing rotation for 2018-19.

Keatts and State now have the personnel to play smaller, and switch more easily on defense — if they so choose. Half of the team’s roster is similar in size and build. Dorn was the lynchpin to NC State’s defense this season; when he sat — think about the Boston College game in Brooklyn — the Pack had all kinds of issues. His switchy, two-way versatility opens that open; from the looks of things, Lockett can add some depth here.

(This is exactly what I getting at when I wrote about Dorn as the prototype for the future of NC State basketball back in February.)

It’s been a busy offseason for NC State basketball, that’s for sure. In the last two months: Darius Hicks, Omer Yurtseven and Lavar Batts have transferred out of the program.

However, the addition of Eric Lockett comes two weeks after the commitment of Samford grad transfer Wyatt Walker.

Next, according to ESPN’s report, NC State will look to use its final scholarship for next season on Kentucky transfer Sacha Killeya-Jones. SKJ visited NC State during the first week of May; he will visit Wake Forest over Memorial Day Weekend.