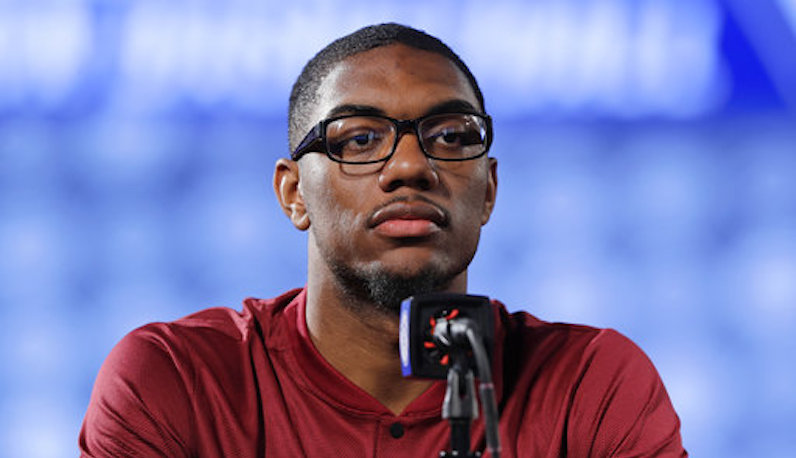 It wasn’t pure randomness late last season when Florida State made its run to the Elite Eight, and came within a few possessions of the Final Four. That was a really good two-way team; the Seminoles ranked inside the top 45 nationally in both offensive and defensive efficiency, per KenPom. What that FSU basketball team lacked in true, obvious NBA talent — like previous seasons with Malik Beasley, Dwayne Bacon and Jonathan Isaac — it made up for with depth and a balanced scoring attack.

The 2017-18 team featured nine players that averaged between six and 13 points per game; all nine of those players recorded at least 300 minutes of action and posted usage rates that ranged from 16 to 25 percent.

Braian Angola is gone, which is a tough loss; however, most of those pieces return, and with Phil Cofer back for a fifth and final season of eligibility, they make sense on offense. The pieces fit, and the straw that will stir this proverbial drink enters the 2018-19 campaign locked in as the team’s lead ball handler: Trent Forrest.

During his first two seasons in Tallahassee, Forrest has started just two games; over the final 10 games of last season, though, the 6-foot-4 point guard went bonkers. In that stretch, Forrest averaged a ridiculous stat line: 29.2 minutes, 12.6 points, 4.8 assists, two steals and 5.2 rebounds; he did all of this while also shooting 55.4 percent from the floor and averaging six free throw attempts per game. That’s absolutely monster production, and it’s one of the reasons Forrest is a serious breakout candidate in the ACC.

At ACC Operation Basketball, ACCSports.com caught up with the FSU basketball contingent: Trent Forrest and Terance Mann, another emerging star for Leonard Hamilton. Forrest happily admitted how much of a boost that postseason run was for the Seminoles: “Now we know what it takes to win at a high level.”

“That was a big step for me,” Forrest said on his play down the stretch for Florida State. It gave him confidence heading into the offseason; he’s returned bigger and stronger. Perhaps more importantly: Forrest said he’s worked on his outside shot, too; that was his big offseason focus, which makes sense.

Even without a perimeter jumper, Forrest is an excellent offensive player. He can get downhill and play slash-and-kick ball as well as basketball anyone in college hoops. Last season, Forrest assisted on over 26 percent of his teammates’ field goals while on the floor. However, he’s attempted just 22 three-pointers during his career at FSU (over 1,400 minutes) — about seven percent of his career field goal attempts. If he’s able to add a reliable jumper, this offense get marginally more potent.

During the event, news started to trickle out that Phil Cofer had injured his foot the previous day in practice; he’s now currently sidelined for an undetermined amount of time. That’s a big deal for Florida State; Cofer offers toughness and some much-needed stretch to the frontcourt.

That shooting, especially from a power position, is huge, and something every offense can use. For FSU basketball, though, it has added value. Terance Mann, a wing, is an absolute force at the rim — uncommonly good for a non-post player. Mann shot 85-of-123 (69.1 FG%) in the half court at the rim — 1.47 points per possession, per Synergy, which ranked 21st nationally in terms of efficiency on these types of non-post-up finishes at the hoop. (Most if not all of the guys ahead of him — like Marvin Bagley and Deandre Ayton, the top two picks in the 2018 NBA Draft — qualify as true post players.)

Both Mann and Forrest agreed: Cofer’s ability to bring an opposing big 20+ feet away from the hoop, or run pick-and-pop action is huge for them as an offense.

At Florida State, Cofer isn’t the only big with stretch potential, though, which provides for some interesting lineup combinations. It’s slightly rougher around the edges — at this point, at least — but Mfiondu Kabengele offers some range shooting from the 5 position, too. Kabengele has a nice release — smooth, quick at times — and he connected on 10-of-26 three-point attempts in the 2017-18 season.

He’s also a solid roll player, too. According to Synergy, Kabengele shot 75 percent and scored 1.47 points per possession out of the pick-and-roll — good for No. 3 in the ACC, behind only Doral Moore and Marvin Bagley (minimum 20 possessions).

Along with Kabengele, 7-foot-4 Christ Koumadje returns, too, and both Forrest and Mann mentioned that he’s bulked up. Forrest is a ferocious driver of the basketball and an unselfish distributor; Koumadje offers serious vertical spacing to Florida State’s offense as a lob partner.

The injury to Cofer is a blow, too, because it means FSU will miss out on valuable time to work on what could be a killer small-ball lineup with the fifth-year man at the 5. “You’ll see more of it,” Mann told ACCSports.com. If and when Florida State can play five-out basketball, look out. Forrest and Mann are monsters attacking the rim, and if the Seminoles can dot the arc with shooters, like PJ Savoy and MJ Walker, then it’s going to give that dynamic duo even more space to do damage.