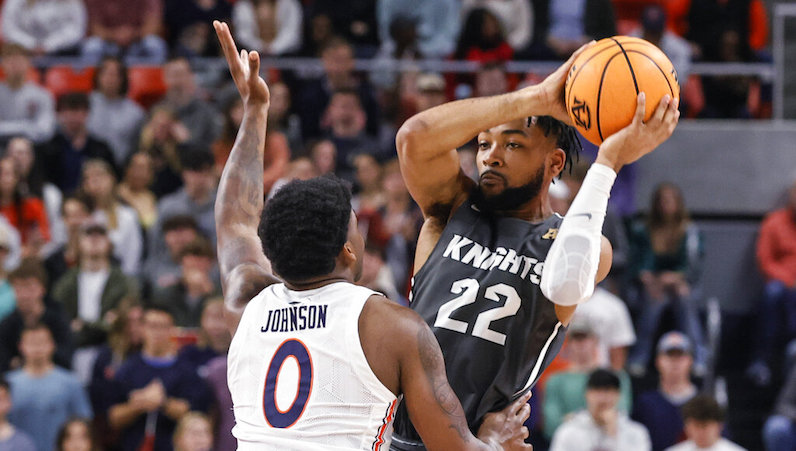 The high-scoring junior guard just finished up his junior season at Central Florida. During the 2021-22 campaign, the 6-foot-4 Green averaged 13.3 points per game, while shooting 38.5 percent (7.8 3PA per game) from beyond the arc.

Over the course of three seasons, Green appeared in 82 games, making 66 starts. Green has 949 career points to his name, too.

Focusing on the specifics: Green is a high-volume 3-point bomber and an excellent fit on FSU’s roster. For his career, Green is 208-of-536 on 3-point attempts (38.8 3P%). Nearly 66 percent of Green’s career field goal attempts have come from beyond thee arc.

According to Synergy Sports, Green scored 1.14 points per spot-up possession this season (59.9 eFG%), a Top 3 number among AAC players with 100+ possessions.

Green is the second high-profile transfer addition for FSU this offseason. Last month, Leonard Hamilton picked up a commitment from former Brown center Jaylan Gainey, a two-time Ivy League Defensive Player of the Year and an excellent shot-blocker. Both Green and Gainey hail from the state of North Carolina, an area that Hamilton’s program has recruited well for years.

Moreover, Green projects as an excellent fit next to some of Florida State’s big-wattage players. Assuming Matthew Cleveland, Jalen Warley and John Butler return to school, FSU will need to surround its developing, young talents with shooting and defense. If he returns, Butler projects as the top returning NBA prospect in the ACC next season.

Well, look no further than Green and Gainey. Green has a career usage rate of only 18.7 percent, which spiked this season at 20.1 percent. With Warley and Cleveland presumably on the ball, Green can work efficiently as a spot-up target or a secondary creator.