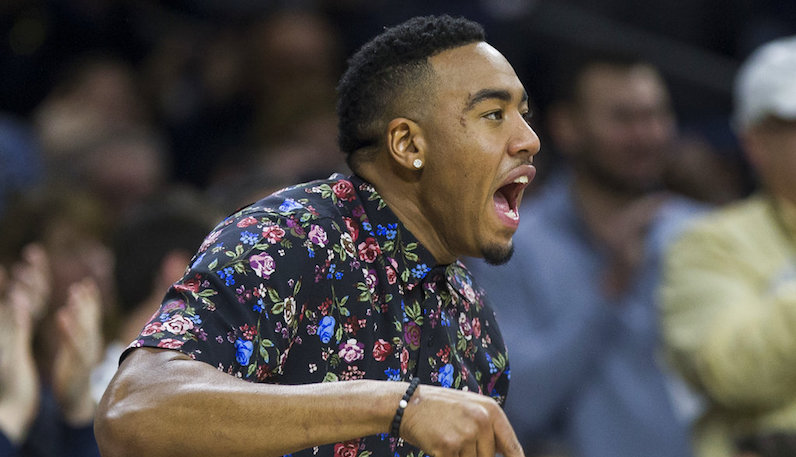 Two weeks ago, the ACC Analytics page wept when we heard the news that Notre Dame’s Bonzie Colson — our patron saint — would miss the next two months after injuring his foot in practice.

This news was awful for all of the obvious reasons — Colson returned to South Bend for his senior season, which should’ve entailed All-American recognition and perhaps an ACC Player of the Year honor. It robs Colson of precious time he gets to spend on the floor with trusted teammates. It also removed the most important player from one of the most enjoyable teams in college hoops.

Well, after numerous pints of ice cream and candlelit ceremonies, I’m finally over my grief (sort of), and ready to analyze what’s happened to Notre Dame since the injury to Colson. (Sadly, this is only a half-joke.)

A band without its lead singer

As one would expect with a Mike Brey-coached team, Notre Dame has kept its cool; this program won’t panic. However, after winning the first two games without Bonzie Colson, the Irish have now lost three straight.

Notre Dame’s offense, the most beautiful machine in college basketball, has been greatly reduced. The absence of Colson hurts double here; it’s more than just replacing a 21 points and 10 rebounds every game. In theory, it seems like you can replicate that production, piecemeal style.

It doesn’t work like that, however. This is what Wake Forest is struggling with sans John Collins this season.

Colson played heavy minutes — nearly 34 per contest. He’s also a high-usage player: according to KenPom, Colson led the Irish with a usage rate north of 29 percent. Despite that, Colson remained super efficient. The senior forward rarely coughs the ball up — 12.2 percent turnover rate — and draws a lot of contact — 4.9 fouls drawn per 40 minutes — which means trips to the free throw line.

According to Synergy Sports, Colson shot 50.8 percent and scored 1.05 points per possession in the half-court this season. Amongst ACC players with at least 200 possessions this season, that is tied with Luke Maye for fifth in efficiency. The only players higher: Omer Yurtseven, Marvin Bagley, Wendell Carter and Jerome Robinson.

If you take that away, it forces someone like Rex Pflueger to use more possessions, and that’s not exactly what he wants to do. It takes away Matt Farrell’s pick-and-roll partner; teams don’t have to sweat the other options as much. Less attention to the roller translates to fewer openings for shooters on the wings. Teams can load up to stop Farrell.

Positional versatility matters, too. Colson can vacillate with ease between the 4 and 5; as the team’s center, Colson became the most dangerous stretch-5 in the nation — the perfect spoke for Brey’s 4-around-1 motion offense to revolve around. No Colson means Notre Dame’s thin rotation is stretched to its brink, and players are forced to play up or down a position, which causes more issues. The loss is exponential.

Not bad, but not enough, either

Let’s go a steep deeper, though, and take a look at Notre Dame’s offensive footprint in the five games without Bonzie Colson. The results, well, they aren’t very pretty.

In the first game without their leader, Notre Dame blitzed NC State; however, since that game, it’s been really tough sledding for the Irish.

Notre Dame has shot under 39 percent from the field in those four games. The Irish have five games this season shooting under 40 percent form the field; only one of those took place with Colson in the lineup.

Three of Notre Dame’s five worst three-point shooting performances — in terms of percentage — have also occurred without The Bonz in the lineup. The Irish have only five games this season with 15 or fewer free throw attempts; three of those games are without Colson.

According to Sports Reference, three of Notre Dame’s least efficient offensive performances have also occurred in the last four games, too: at Georgia Tech, at Syracuse and home to Louisville.

In the loss to Louisville, Farrell returned to the lineup — a much-needed addition for Brey. Farrell is as good of a point guard as you will find in college hoops, but he struggled trying to carry the offense with Colson in street clothes.

Farrell used 33 percent of Notre Dame’s possessions, and shot 8-of-25, including 4-of-14 on threes. According to Synergy, Farrell scored just 0.74 points per shooting possession — a sharp decline from his overall season average (0.99 points).

Last week at The Athletic, Seth Davis wrote that Virginia’s Isaiah Wilkins is the most irreplaceable player in college basketball. Wilkins is an exceptional player, no doubt, and wildly important to UVA’s No. 1 defense. However, I contend that Bonzie Colson falls far higher on this list than Wilkins, and we’re seeing the results of that in real time. This isn’t hypothetical, though; this is Notre Dame getting to live out that nightmarish situation in real games.