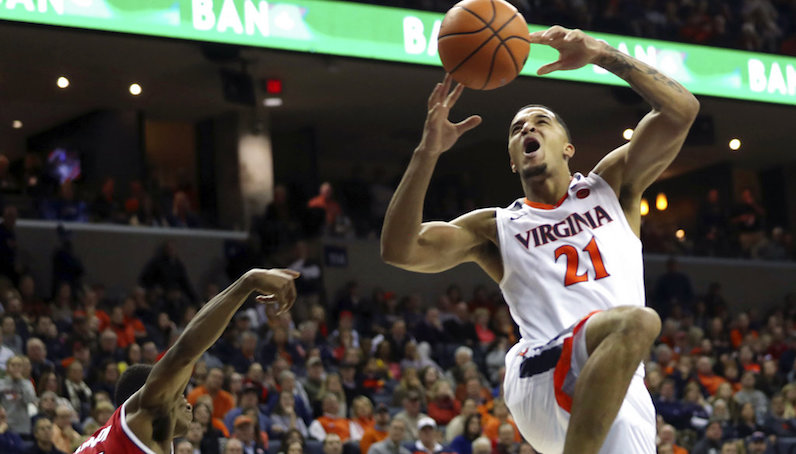 ZACK WAJSGRAS/THE DAILY PROGRESS Virginia's Isaiah Wilkins (21) is stripped on a lay up attempt bby N.C. State's Markell Johnson (11) in the second half at John Paul Jones arena on Sunday. Virginia won the game 68-51 to remain undefeated in the ACC.

A week after having six teams in the AP Top 25 poll, five ACC teams land inside the top 25 this week. Virginia headlines the list, and is up to No. 2; that’s the highest the Cavaliers have been ranked since the 2014-15 season.

Inside The Playbook: How Kyle Guy and UVA basketball try to mimic the Warriors