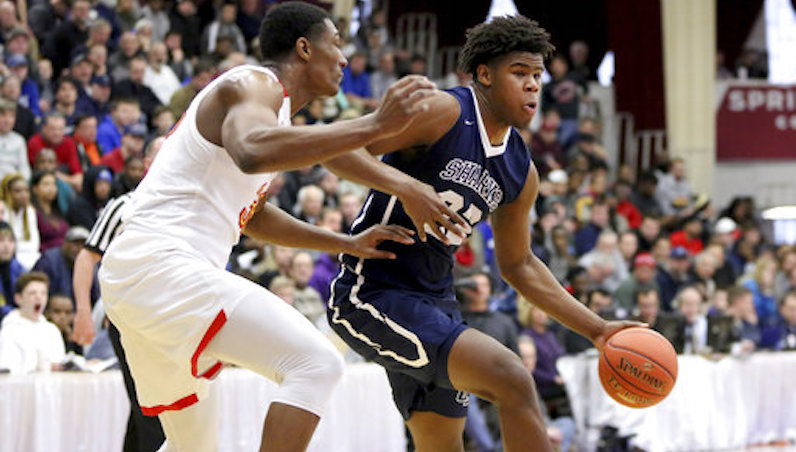 One of the most coveted 2019 prospects has several official visits on the horizon, including a trio of ACC schools. 5-star power forward Vernon Carey Jr. is a consensus top-three prospect, according to 247 Sports; over the next three weeks, he will stop in multiple locations within the footprint.

This weekend, Carey will be in Lexington to visit the Kentucky Wildcats. Next weekend (Oct. 19), though, the 6-foot-10 Carey will visit Duke, which will overlap with Countdown to Craziness. The Blue Devils have missed out on a few 5-star wings, but earlier this week, Duke landed a commitment from in-state blue-chip prospect Wendell Moore.

In between those two trips, Carey will make the short drive from Fort Lauderdale to Coral Gables. Carey’s official visit to Miami will take place the weekend of Oct. 26. Carey, of course, is the son of Vernon Carey Sr., a former star offensive tackle at Miami.

When the calendar flips to 2019, Carey is set to take another official visit to Michigan State. This will be Carey’s second official to MSU (set for Feb. 10), which is allowed under new NCAA rules.

The early signing period in college basketball goes from Nov. 14 through Nov. 21. Recently, Carey indicated that his goal is to have a decision made by that window of time.