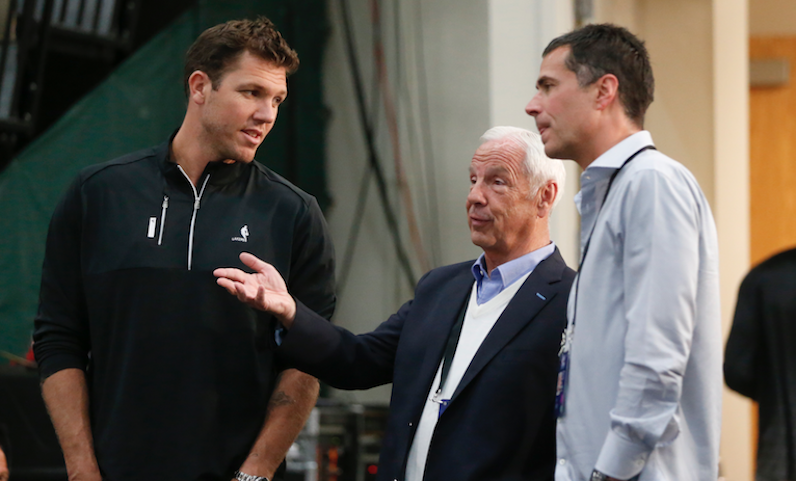 According to a report from Sherrell McMillan of Inside Carolina, UNC basketball commit Jeremiah Francis underwent microfracture knee surgery on Tuesday (Aug. 7) this week in Chapel Hill.

This is the second knee surgery for Francis in the last nine months. Last December, Francis had surgergy performed on his knee, which cost him his junior season at Pickerington (OH) Central.

This latest procedure has a recovery time of 6-to-9 months; this will effectively end his prep basketball career. Francis, a 6-foot-3 guard, is the lone 2019 commitment for the Tar Heels. A 4-star prospect, he’s rated as the No. 51 player in the country, per 247 Sports.

Francis committed to North Carolina last August — almost a year ago to the day. He was a high school teammate of UNC power forward Sterling Manley. Of course, Manley also suffered multiple lower-body/leg injuries that cost him game time in high school, too.

There’s certainly risk involved in the microfracture procedure, as Malika Andrews details in this piece for the Chicago Tribune. Over the years, plenty of notable NBA players have had the surgery, including Amar’e Stoudemire. NBA players, however, have trended away from the surgery in recent years, although Clippers point guard Patrick Beverley had the procedure done to him last November.

Regardless, it appears — from McMillan’s piece and considering the location of the surgery — that the UNC basketball staff plans to be a part of the recovery process. That’s great to see; best of luck to Francis as he recovers.