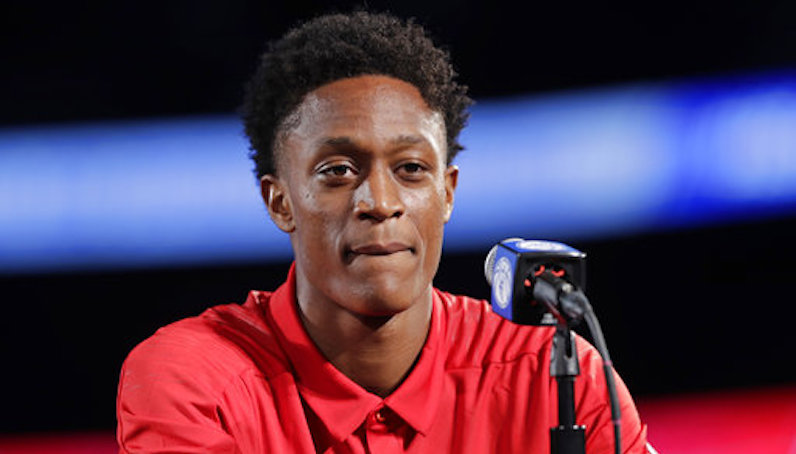 When Kevin Keatts was hired by NC State in March 2017, he brought with him the promise of an uptempo offense that wouldn’t shy away from shooting three-pointers. In his debut season, that mostly checked out: No. 21 nationally in adjusted offensive efficiency, per KenPom, and ranked inside the national top 75 in three-point percentage and effective shooting.

However, Keatts wants to play even faster this season; that will start on the defensive end, and turn over to the offense. One of the new components in that equation is a player that followed Keatts from Wilmington to Raleigh: CJ Bryce. After redshirting the 2017-18 season, the 6-foot-5 wing is ready to emerge as a two-way contributor for the Pack.

NC State will have to reconfigure some aspects of its offense without Omer Yurtseven, one of the premier stretch bigs in college hoops last season. There’s no doubt, though, that the Pack’s roster, which is heavy on wings and newcomers, will be led by point guard Markell Johnson.

At ACC Operation Basketball, ACCSports.com spoke with CJ Bryce on the opportunity of playing next to Johnson, who led the ACC in assists — 7.3 per game, 13.9 per 100 possessions — ranked fifth nationally in assist rate (40.5 percent). That type of production didn’t go unnoticed from Brcye, who admitted that sitting out last season was tough but he “loved watching him from the bench.”

“He’s a true point guard,” Bryce described Johnson ACCSports.com — the ultimate compliment a teammate can dish out to his team’s floor leader.

Last season, Johnson emerged as one of the top pick-and-roll creators in the nation; according to Synergy Sports, NC State scored 1.07 points per possession when Johnson passed out of screen-roll action. That’s a really good number. Of course, Yurtseven was a big part of this; however, spot-up players scored 0.98 points per possession (51.3 eFG%), too.

With Braxton Beverly hurt, plus Sam Hunt, Al Freeman and Yurtseven gone, Bryce must step up and hit some three-balls this season. It’s not just Bryce, though; Torin Dorn and Devon Daniels need to be in the mix, too.