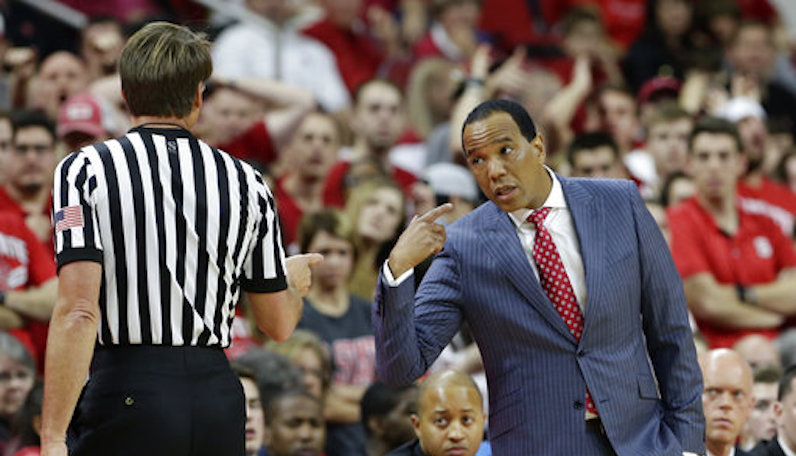 It didn’t take long for Kevin Keatts to establish his culture at NC State. It was a fast process. Fast — remember that word. After 21 wins and an NCAA Tournament berth in 2018, NC State basketball returns for practice this week.

While meeting with the media on Monday (Sept. 24), one of the clear points of emphasis for the Pack this season: Play faster.

Keatts on tempo for this coming season: "I know we played fast last year, but I want to play faster."

This makes perfect sense; Keatts likes to play four-out on offense and turn up the pressure on defense. Last season, the personnel was a good but imperfect fit; a little too much was required Torin Dorn to be a flex piece for NC State. That’s different this season; the roster is heavy on wings and guards, including Markell Johnson — the ACC’s premier go-go pick-and-roll distributor. (Virginia Tech’s Justin Robinson is right there, too.)

(Note: It will be interesting to see how NC State generates pick-and-roll action without Omer Yurtseven, who emerged as an excellent screen-roll hub last season. He will be missed.)

Dorn’s the prototype — a wing that can float between multiple positions, switch defensively, shoot from out to the three-point line and rebound well enough to provide small-ball lineup options.

In his final season at UNC Wilmington (2016-17), Keatts and the Seahawks posted an average offensive possession length nearly identical to his debut campaign in Raleigh: 16 seconds (No. 51 in the nation).

Good With The Bad

But that’s not all, Kevin Keatts also mentioned that he wants to press more and apply more full-court defensive pressure. Last season, the Pack struggled defensively — crushed on the offensive glass (opponent offensive rebound rate of 32 percent) and too many get looks at the rim (60.3 FG%, per Synergy Sports).

Kevin Keatts said he feels like State got 75 percent into his system last year. Has seven guards now: "We didn’t get a chance to utilize all of our presses; I would love to press more, mix it up a little more. I know we played fast, but I want to play faster with this team."

However, NC State did some good stuff, too, on that end of the floor. State ran teams off the three-point line (a key for Keatts); only 32.2 percent of opponent field goal attempts came from beyond the arc, which ranked 25th in Division I.

The Pack also ranked inside the top 60 nationally in terms of steal rate (10.2 percent) and opponent turnover rate (20.4 percent). According to Synergy, NC State forced a turnover on 21.9 percent of the isolation possessions it defended in the half court — tops in the ACC.

While in the press, NC State allowed just 0.79 points per possession and forced a turnover on 22.1 percent of those possessions, too. Those are both strong numbers.

In terms of frequency, this was down from Keatts’ final season at Wilmington. During the 2016-17 season, UNC Dub pressed on 34.7 percent (wow!) of its defensive possessions, according to Synergy. That season, West Virginia was the only Division I team to press with a higher frequency: a lofty 38.2 percent.

The year prior, in 2015-16, Wilmington pressed on 27 percent of its defensive possessions, which ranked No. 6 nationally. The only two Power Five conference teams to press more frequently that season were Rick Pitino’s Louisville (27.2 percent) and — you guessed it — the Bob Huggins-led West Virginia Mountaineers (36.6 percent).