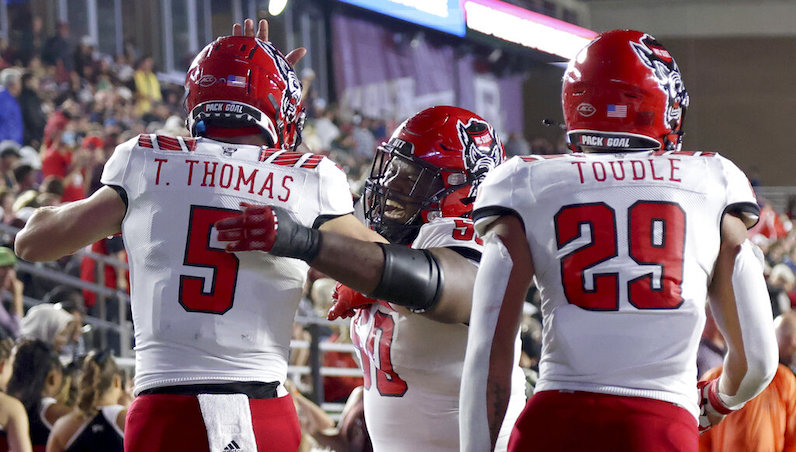 Jonathan Paylor, one of the top prospects in the 2024 recruiting class, took an unofficial visit to NC State this Friday (June 17).

Paylor, who plays his prep ball for Burlington (NC) Cummings High, is a multi-sport star. He also runs track. Paylor. is one of the most sought-after prospects in the Southeast. As it stands now, Clemson is making a strong push for Paylor; however, NC State is right in the mix, too. In fact, with wide receivers coach Joker Phillips leading Paylor’s recruitment, On3 has NC State as a slight favorite to land Paylor.

“Everything about NC State is amazing.”

North Carolina, Ohio State and South Carolina will all make pushes as well.

Paylor’s trip to Raleigh comes during a busy recruiting week for Dave Doeren and the Wolfpack. Baylor still has two seasons of high school football left. Currently, NC State has yet to land a 2024 commitment. Obviously, it’s very early in that process.