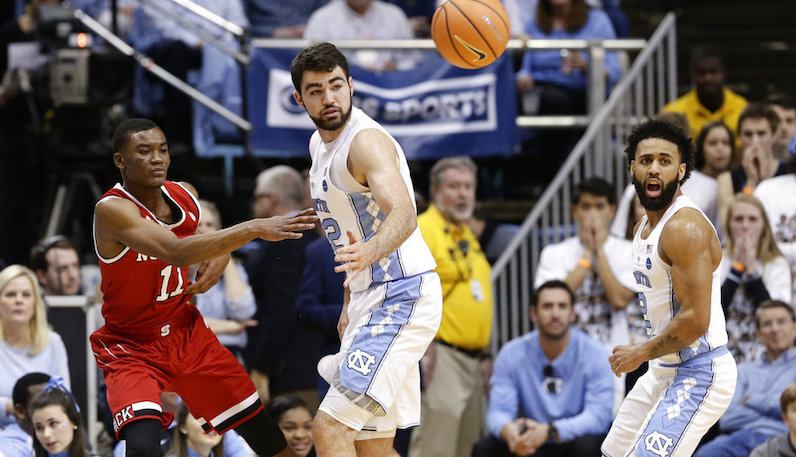 Plenty of NC State players made an impact on Saturday in the win over North Carolina. But let’s highlight the distribution of sophomore point guard Markell Johnson, who has done well running the offense for Kevin Keatts.

According to KenPom, Johnson has assisted on 43.1 percent of his teammates’ made field goal while on the court this season — nearly half, which ranks No. 4 in the nation. Oklahoma’s freshman dynamo Trae Young is No. 1.

That assist rate has jumped up to 52.1 percent in five ACC games too, per KenPom.

Not just one game

The 11 assists Markell Johnson had against the Tar Heels marked the third straight game Johnson registered double-digit assists. In the win over Pitt: Johnson assisted on 12 buckets, with an assist rate of 72.3 percent, per Sports Reference.

Johnson is one of only six Division I players currently averaging at least seven assists per game with an assist rate north of 40 percent. According to Sports Reference, Johnson is averaging 14.8 assists per 100 possessions.

The pick-and-roll is where Johnson really shines as a passer. According to Synergy, Johnson has been a passer on 158 pick-and-rolls this season — second most in the ACC. With Johnson as a passer, NC State has scored 1.13 points per possession (No. 7 in the ACC, minimum 50 possessions), and shot 48.9 percent from the field.

Joe Thuney of the Patriots: “Proud to be part of NC State”