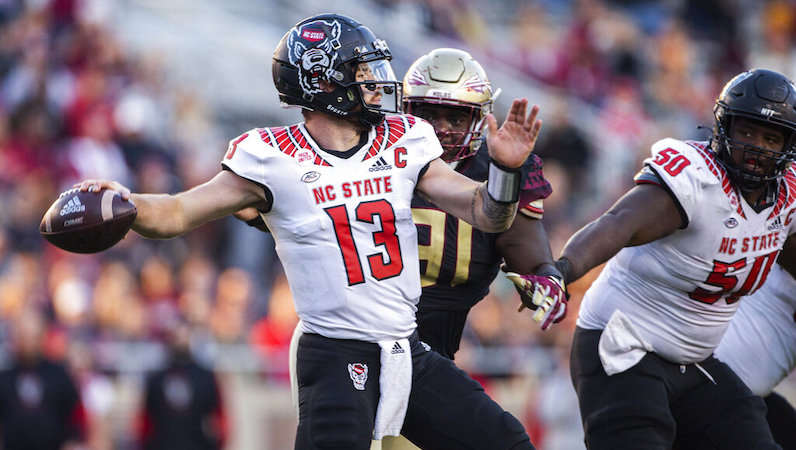 Following Georgia’s win over Alabama in the national title game, the final AP Top 25 poll of the 2021 college football season was released. The list featured four ACC program — all landing outside the top 12.

As things are set up, NC State looks poised to climb and will have a lot on the table for 2022; that’s what will likely come with so many talented players returning to Raleigh.

Clemson will obviously reload; however, the Tigers will lose their top two coordinators, still have concerns at the quarterback position and didn’t even bag the ACC’s top recruiting class. If Clemson sorts out the quarterback issues, then it’s all good; this team will be elite. Until there’s proof, though, a couple scattered clouds hang over Death Valley.

Kenny Pickett, the second greatest quarterback in program history, is headed to the NFL, after 17 seasons at Pittsburgh. Now at Nebraska, offensive coordinator Mark Whipple is gone, too. Pat Narduzzi has proven he can rebuild on defense, but what will the Panthers look like without a Heisman-caliber quarterback? Is USC transfer Kedon Slovis the answer?

However, Dave Clawson will get the return of Sam Hartman, along with offensive coordinator Warren Ruggiero. Once again, can the offense power this program to another division title?

Even by the bizarre standards of college football, there are a lot of ways to evaluate the over health or a conference. However, at the risk of being reductive: putting teams into the College Football Playoff is what matters most for a conference.

So, the questions for the ACC become: can Clemson, sans Brent Venables and a prolific quarterback, return to dominance? Does the league need Clemson to return to that level, if it comes at the cost of other programs losing ground? Is there another program (programs?) that can take a next step?

Miami just spent an ungodly amount of money to rearrange its football program. Mario Crisotbal will need to bring results, quickly. The Hurricanes, for now, lurk as a program that could rise. However, we’ll see what things look like if/when the honeymoon phase ends with Cristobal, a tireless worker who will beef up the program’s recruiting efforts.