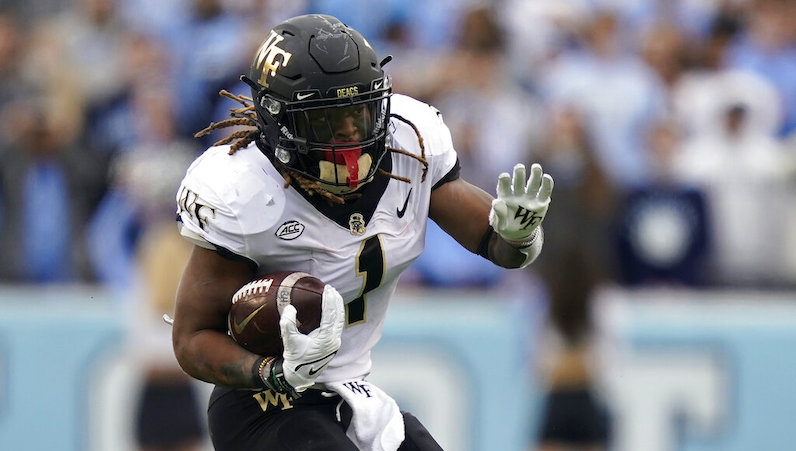 After five seasons with Wake Forest football, running back Christian Beal-Smith will enter the NCAA transfer portal. During his four seasons on the field for the Demon Deacons, Beal-Smith ran for 1,871 yards and 14 touchdowns — on 391 carries.

Beal-Smith was a key piece on Wake Forest’s offense as the Deacs won the Atlantic Division this season. CBS finished with 604 rushing yards and seven touchdowns on the ground.

The more you look at things the less that this should be a surprise to you. Best of luck to CBS! https://t.co/jna9cdQA64

Despite the departure of Beal-Smith, Wake Forest will return plenty of talent in the backfield. Joining quarterback Sam Hartman will be Justice Ellison — 541 rushing yards (5.1 yards per carry) and seven touchdowns — and Christian Turner — 506 rushing yards and five rushing touchdowns.

A local prospect, Beal-Smith was a part of Wake Forest’s 2017 recruiting class. Given his experience and physical running style, CBS should make for an intriguing target in the transfer portal.