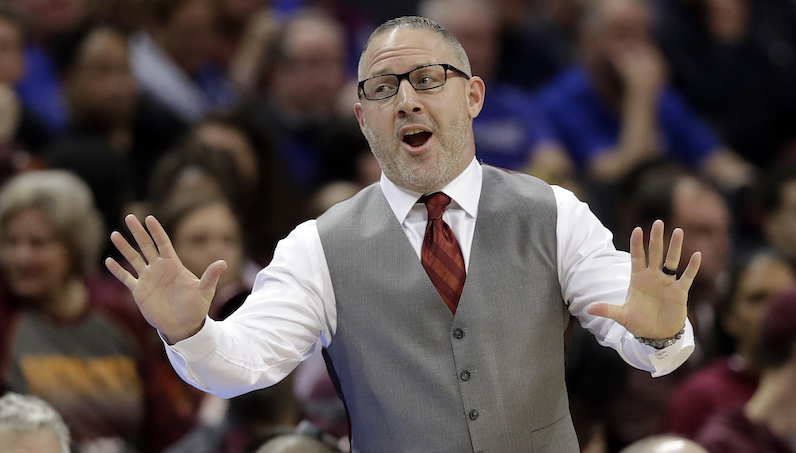 After five seasons at Virginia Tech, could Buzz Williams be headed out of Blacksburg? Well, according to Evan Daniels, Williams is the headliner to replace Billy Kennedy at Texas A&M. Williams is 98-68 during his time in Blacksburg; this season, the Hokies are 24-8 and are on course for their third straight NCAA Tournament appearance.

With Billy Kennedy out at Texas A&M, multiple sources say Buzz Williams is the frontrunner/strong favorite for the job.

In the two seasons prior to his arrival, Virginia Tech won just 22 games and went 6-30 in ACC play.

An innovative offensive mind, Williams has helped lead Virginia to four straight seasons with 10+ ACC wins. His teams in at Tech have an identity, too — playing with wonderful spacing and 3-point shooting on offense.

Prior to his time at Tech, Williams spent six seasons at Marquette (139 wins); with the Golden Eagles, he made five NCAA Tournaments. During his time there, he also helped put multiple players in the NBA, like Wes Matthews and Jimmy Butler.

Schools are very different in money, resources, potential. Plus, Buzz is from Texas.

NAW, Blackshear control the middle fo the floor on offense for Virginia Tech