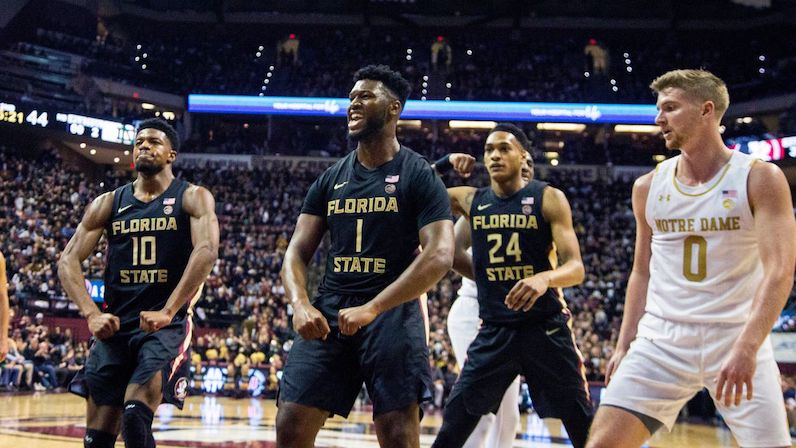 An already challenging season of college basketball has been dealt another curveball. According to a report from Seth Davis at The Athletic, ESPN has decided to drop plans and call off its potential Orlando-based bubble for the start of the 2020-21 season.

The network’s decision comes due to a lack of agreement over health and safety protocols regarding COVID-19. ESPN wanted to abide by guidelines generated by the Center for Disease Control (CDC); however, those approaches are more restrictive than what many conferences plan to implement, per Davis.

While plans for these early-season multi-team events (MTE) were never actually finalized before cancellation, more than two dozen programs set to participate in 10 different events will be impacted by the decision.

BREAKING: ESPN has abandoned plans for a college basketball bubble in Orlando, leaving dozens of teams without games a month before the season starts.

As Davis notes, one of the major sticking points between ESPN and the schools centered on what to do if someone tests positive for COVID-19. ESPN, under CDC guidelines, wanted anyone that’s tested positive for coronavirus to be re-tested after a 90-day clearance period. According to Davis, several schools were unwilling to accept those terms and re-test so soon.

If a player were to test positive for COVID-19 while in the bubble, ESPN suggested having that player quarantine in Orlando for 14 days. However, ESPN and the schools were working to amend that rule, which would’ve given more autonomy to the schools — allowing the positive player to be removed from the bubble and returned to school. Regardless, this difference also caused the process to bog down.

The only tournaments/events impacted by this decision are the 10 put on by ESPN Events. This doesn’t include the Battle 4 Atlantis (renamed the Bad Boy Mowers Crossover Classic in Sioux Falls), which is now set for South Dakota (Duke was initially supposed to play in this event), and the Maui Invitational, which is scheduled to take place in Asheville. UNC is set to play UNLV in Asheville on Nov. 30.

Florida State, however, was scheduled to play in the 2020 Charleston Classic — one of the ESPN Events tournaments set for Orlando. That’s off the table, for now.

Virginia, which was set to participate in the 2020 Wooden Legacy, will move things around as well. The Wooden Legacy was initially set for Anaheim, but planned to shift east to Orland, too. UVA will now open its season in “Bubbleville” — a four-team MTE set for the Mohegan Sun in Connecticut (Nov. 25 and 27). Florida, Maine and Saint Peter’s are the other three teams in the event. This event is being organized by the Naismith Memorial Hall of Fame and the Gazelle Group.

More events like this could be in the works, too. For instance, NC State was scheduled to play in the 2020 Empire Classic, initially set for New York City. About five weeks ago, though, NC State opted out of the event. So, too, did Michigan. The Empire Classic will now take place in Uncasville, too. (Boston College is included in the field.)

There’s increased noise that college basketball should shift to conference-only schedules for the 2020-21 season, however. This was one of the prevailing notions several months ago: if the season were to take place amidst a pandemic, a conference-only schedule made the most sense. Travel could be better controlled and testing policies and safety protocols would be uniform.

Have heard from two power-conference coaches in the past five minutes who are predicting college basketball goes to league-only. “Every league needs to pivot right now and plan to play conference-only. You can’t run this deal [MTEs] with 18 sets of rules.”

In recent weeks, several ACC programs have reportedly been involved in the creation of smaller MTEs, which they would host — in either late November or early December. This list of schools includes Duke, NC State and Wake Forest.