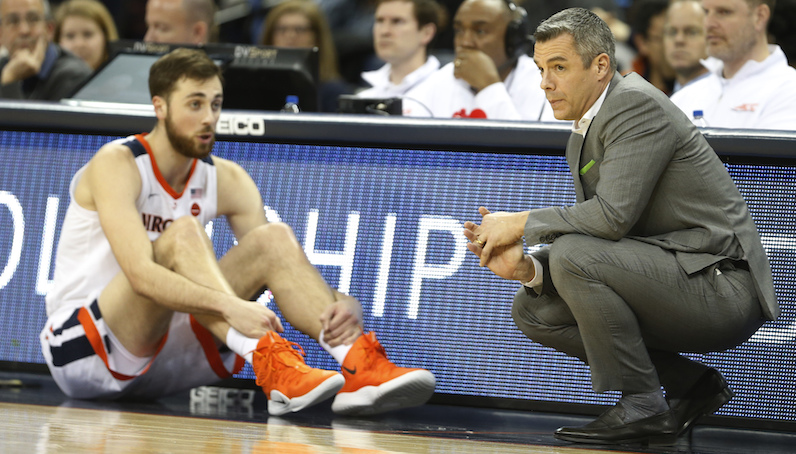 Back in early May, the two programs announced that they planned to play during the 2020-21 season on Saturday, Dec. 19 at MSG. However, with adjustments to the college hoops schedule amidst the COVID-19 pandemic, plenty of teams have had to move things around.

Jay Wright tells me that Villanova and Virginia are still planning to play this season at Madison Square Garden. Date is TBD.

There are still so many variable up in the air for a season that, in theory, starts in five weeks. College hoops has the Nov. 25 start date and a broad framework; however, much is still unknown, at least publicly.

Virginia and Villanova have emerged as two of the premier programs over the last decade, combining to win three of the last four NCAA titles. Both programs have harnessed a strong combination of recruiting — while primarily targeting prospects tiered below one-and-done players — player development.

Nova and UVA are exceptional at not only winning games, but also helping develop future NBA role players. A matchup this season would feature a variety of future NBA talent; sophomore forward/center Jeremiah Robinson-Earl is one of the best players in college basketball.

The two programs last played a two-game series during the 2015-16 and 2016-17 seasons. Behind 20 points and six assists from Malcolm Brogdon in a Dec. 2015 matchup, Virginia actually handed Villanova one of its five losses during its national championship season.

More on the offensive versatility of Trey Murphy III