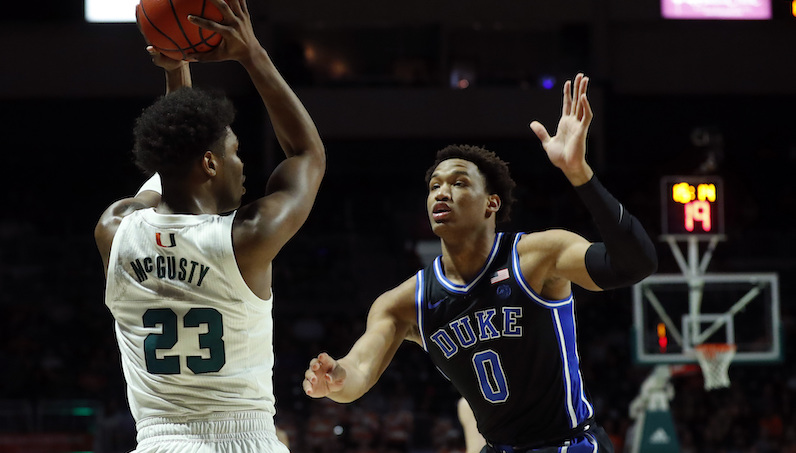 According to college basketball insider Jon Rothstein, the 2020 Battle 4 Atlantis tournament will have a new location, due to complications with the COVID-19 pandemic: The Sanford Pentagon in Sioux Falls, South Dakota.

There’s a strong eight-team field for the event, which is headlined by Duke out of the ACC. Normally, the Battle 4 Atlantis takes place in Nassau, Bahamas the week of Thanksgiving.

The Sanford Pentagon, which is home to the Sioux Falls Skyforce of the NBA G League (Miami Heat affiliate), will be allowed to have a small number of fans — with social distancing guidelines in place.

Sources: The 2020 Battle 4 Atlantis will be played at the Sanford Pentagon in South Dakota. Dates are TBD.

Dates for the event are currently TBD; however, that could change soon. According to Rothstein, dates will be selected after the NCAA announces the official start/timeline for the 2020-21 college basketball season. That should come this Wednesday (Sept. 16), following the much-anticipated Division I Council meeting.

Over the last few weeks, Duke’s Mike Krzyzewski has been vocal about the importance of ensuring that the 2021 NCAA Tournaments take place; Coach K was also the leader of the ACC’s proposal to have all 340+ Division I teams make the 2021 tournament. (According to Dan Gavitt, the NCAA’s senior vice president of basketball, the NCAA isn’t currently considering tournament scenarios that involved expanding the 68-team field).

Read More on Duke Basketball and the Battle 4 Atlantis