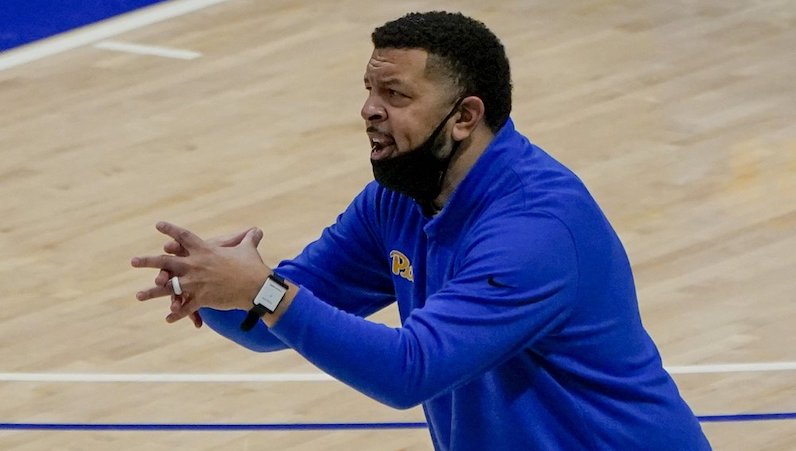 Pittsburgh coach Jeff Capel signals to his team during the second half of an NCAA college basketball game against Duke, Tuesday, Jan. 19, 2021, in Pittsburgh. (AP Photo/Keith Srakocic)

Pitt men’s basketball announced a two-game series with Vanderbilt. This will be a home-and-home affair over the next two years.

The first game will take place during the 2021-22 season on Nov. 24; Pittsburgh will host. During the following season, Vanderbilt will host Pitt.

Pitt and Vanderbilt have announced a two-game series in men's basketball. Game on Nov. 24 this year at the Petersen Events Center and a game in Nashville next season

Of course, this future series is made somewhat humorous given the, well, recent past.

The wheels fell off the wagon quickly; Stallings was let go in March 2018, during the ACC Tournament up in Brooklyn. He hasn’t returned to college coaching since then.