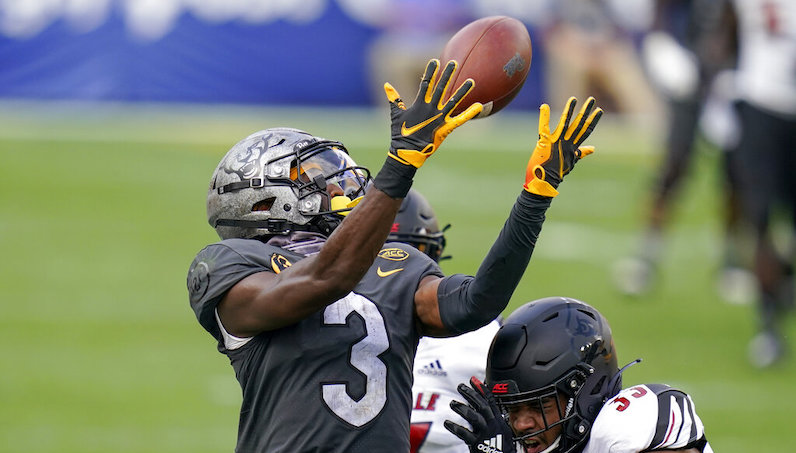 Jordan Addison will head east to west. The All-ACC wide receiver, after weeks of speculation and accusations of tampering, will in fact leave Pittsburgh for USC.

During the 2021 season, Addison teamed up with quarterback Kenny Pickett to form one of the most explosive 1-2 combinations in the country. Addison hauled in 100 receptions (No. 2 ACC); he led the ACC with 1,593 receiving yards, the second-highest single-season total in ACC history, and 17 touchdown catches.

Pitt won the ACC, defeating Wake Forest in Charlotte. Addison claimed the 2021 Biletnikoff Award, given to the top receiver in the country. Addison is the third Pitt wideout to win the award, joining Antonio Bryant (2000) and Larry Fitzgerald (2002).

The 6-foot Addison finished his two-year career at Pitt with 160 receptions for 2,259 yards and 21 touchdowns.

Head coach Pat Narduzzi must now replace his two star offensive players from the last two seasons: Pickett and Addison. Pickett is now in the NFL, but Addison will have at least one more season in college football as one of the top skill position players in the country.