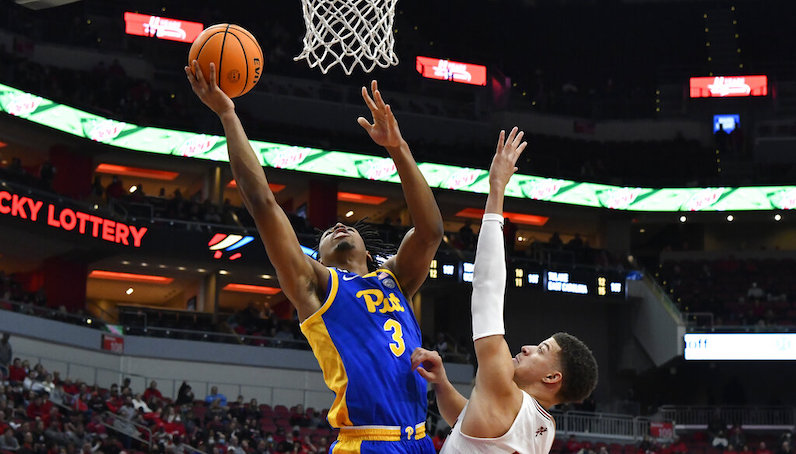 Noah Collier, one of the higher-profile recruits signed by Jeff Capel at Pittsburgh, will enter the 2022 NCAA transfer portal.

Collier, a sophomore from New Jersey, was a 3-star prospect in the 2020 recruiting class. During his two seasons with the Panthers, Collier appeared in 44 games (two starts); he averaged 1.3 and 1.6 points per game.

As a sophomore, Collier played just 9.6 minutes per game, while serving as a backup for All-ACC big man John Hugley, another member of Pitt’s 2020 class.

Hugley became a critically-important piece for Pitt’s offense this season; he was one of the most improved players in the ACC. That put Collier in a tough spot. Pitt could ill afford take Hugley off the floor; the offense would instantly collapse. However, those two rarely played together, too: only 12 minutes on the court together this season, according to Pivot Analysis.

The 6-foot-8 Collier will likely have suitors. He finished his prep career at the famed Westtown School in Pennsylvania. Coming out of high school, Collier also had offers from Clemson, California, Maryland, VCU and Syracuse, among others.

The 2022 offseason will serve as an interesting hinge point for the Pitt basketball program.

Capel inherited a challenging rebuild — taking over after only two seasons of Kevin Stallings. Unfortunately, the Panthers missed an opportunity in the 2020-21 season to jump a level as a program, losing seven of the final eight games. The fallout from that weakened the roster for this season, too.

Now, Capel sits with a 51-69 record (.425) over four seasons at Pitt. The program has yet to finish a season with a winning record. If the university wanted to move on from Capel this offseason, it would cost an enormous amount of money: Capel’s $15 million buyout, plus however many millions more would be needed to sign a new staff.

There could be more roster shakeup within the program, too, which hurts doubly as Pitt has literally no players signed for the 2022 recruiting class.

At this rate, the coach and program are at an impasse. If Pittsburgh decides to run it back with Capel, then they need to have a hell of an offseason in the transfer portal. That’s the only way to meaningfully upgrade the roster.

Capel and his staff found good players in the 2021 portal: Mouhamadou Gueye and Jamarius Burton. They would need to replicate that effort and then some — starting right now.

Scouting Report: What UNC can expect in Round 1 vs. Marquette