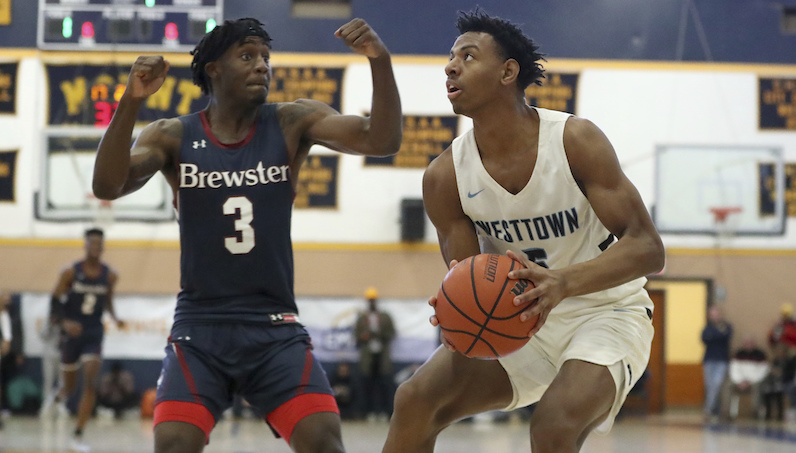 Less than a month after he took an official visit to Pittsburgh, 3-star power forward Noah Collier committed to the Panther. A Monday night, Collier made it official — becoming the first commit in Pitt’s 2020 class.

Collier actually just wrapped up an official visit to Clemson last weekend; he was in town when the Tigers hosted Charlotte in football. Maryland, Cal and George Washington were also in the mix for Collier, a 6-foot-7 power forward who plays his prep basketball for Norristown (Pa.) Westtown School.

It’s perhaps worth mentioning that the weekend Collier visited Pittsburgh — in late August — two other notable 2020 prospects were in town, too. Also on official visits that weekend: 4-star small forward Earl Timberlake and 4-star center Cliff Omoruyi, another top-50 prospect.

Omoruyi is also pursued by Memphis, Kentucky and Auburn; two weeks ago, he took an official to see Auburn and Bruce Pearl. Timberlake, on the other hand, visited Miami two weekends ago. He will take an official visit to North Carolina the weekend of Oct. 11, too.

For now, though, this is a nice start to 2020 for Jeff Capel and the Panthers. In Capel’s initial recruiting class at Pitt, he landed Xavier Johnson — now an NBA prospect — and Trey McGowens, who looks like a player, too.

There are official dates and matchups for the 2020 Champions Classic; Duke will play Michigan…

The NC State Wolfpack scoop up their third commitment in the 2021 recruiting class: underrated…