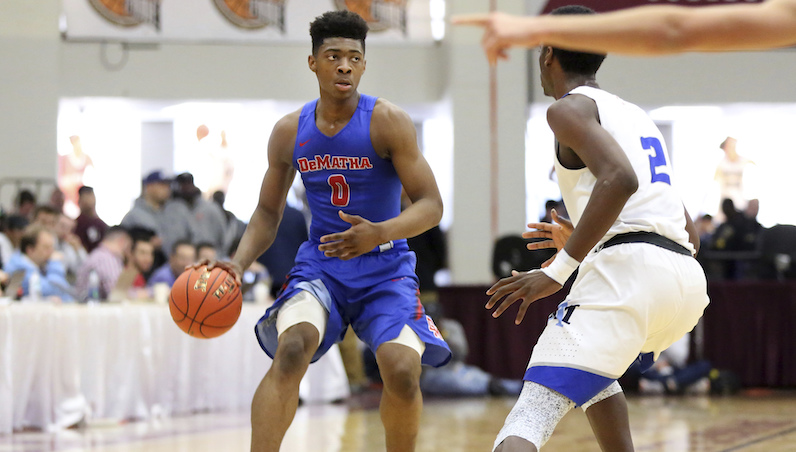 According to a tweet from Evan Daniels, Pitt Basketball and Jeff Capel have a major recruiting weekend on the horizon. Three of the program’s top targets — including two top-50 prospects — will be on campus for official visits. At the top of the list is 6-foot-6 small forward Earl Timberlake, a lefty, who plays for prep basketball powerhouse DeMatha Catholic.

Timberlake won’t be alone, though; Cliff Omoruyi, another top-50 prospect, and Noah Collier will be at Pittsburgh, too.

Multiple ACC program covet Timberlake; Miami and North Carolina have also offered scholarships. Two weeks after his official visit to Pittsburgh, Timberlake will go on an official visit at Miami. Timberlake, rated as the No. 29 overall prospect in the 2020 class by 247 Sports, has a visit set for Providence in November, too.

The 6-foot-11 Omoruyi is a 4-star prospect with offers and serious interest from Pittsburgh, Kentucky, Arizona, Arizona State and Auburn.

Of the three, Collier ranks the lowest as a prospect; however, the 6-foot-7 power forward is one of the top players in the state of Pennsylvania. He plays his prep ball in Norristown, which is about 30 minutes north of Philadelphia.

Pitt Football is set to host Bryce Perkins and Virginia this Saturday night, too.

Capel is one of the top recruiters in college basketball — no duh. During his first season, Pittsburgh made serious strides on the floor; the Panthers improved drastically in terms of both offensive and defensive efficiency, per KenPom. Xavier Johnson, initially a Nebraska commit, proved to be a powerful hub of offense.

Some projection models have Pitt as a borderline NCAA Tournament team in 2020. With Johnson and Trey McGowens in the backcourt, plus a top-50 recruiting class in 2019, and there’s a lot to like about what’s going on with Pitt Basketball. Less than 18 months after the removal of Kevin Stallings, and things are clearly pointed in the right direction for the Panthers. Capel knows how to run a program.

A strong 2020 recruiting class — perhaps one that features multiple 4-star commits — would be another phase in the rebuild. This weekend has the potential to be a flashbulb moment.

Xavier Johnson ready to improve draft stock as a sophomore