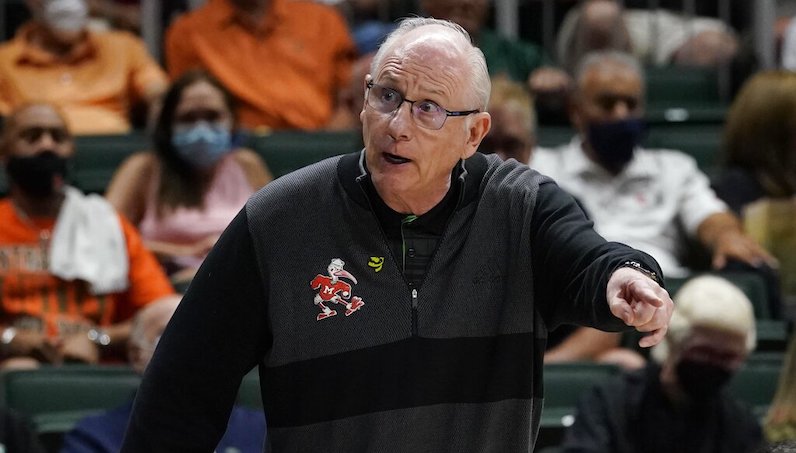 Jim Larranaga, 72, has helped guide Miami basketball back into relevancy and the top four of the ACC this season. For that, Larranaga has been rewarded. The university announced a two-year contract extension with Larranaga, which runs through the 2025-26 season.

With a 5-out offense, and wonderful guard play, the Hurricanes finished the regular season with a record of 22-9 (14-6 ACC). Miami projects to make the 2022 NCAA Tournament field, which would be the program’s first NCAA Tournament appearance in four years.

Miami announces a 2-year contract for basketball coach Jim Larranaga through the 2026 season. He'll be 76 at deal's conclusion.

Larranaga’s extension comes one day after Wake Forest agreed to a contract extension with Steve Forbes, the ACC Coach of the Year.

Larranaga has been with Miami since 2011. During his tenure, he’s taken the Hurricanes to four NCAA Tournaments, including the Sweet 16 in 2013. That year, Miami also won the ACC.

ACC suspends Syracuse guard Buddy Boeheim for one game, out vs. Duke