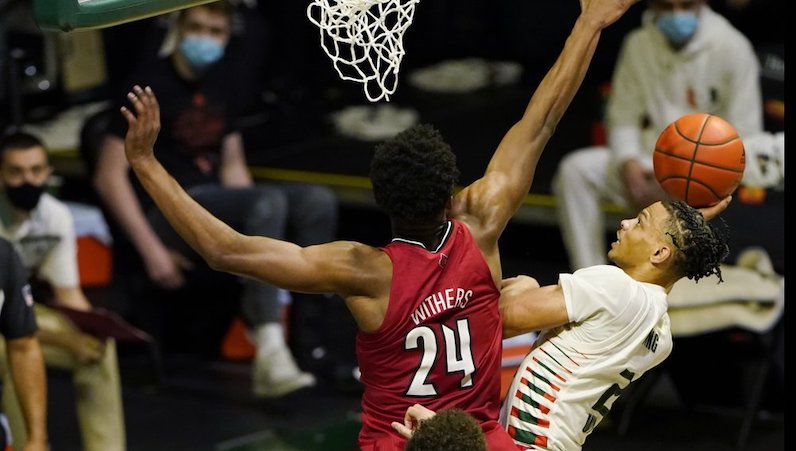 Isaiah Wong — one of the top offensive players in the ACC over the last two years — will return to Miami for his junior season. According to a report from Jonathan Givony of ESPN, the 6-foot-3 combo guard will withdraw his name from the 2021 NBA Draft.

Wong was named third team All-ACC as a sophomore. He’ll join Keve Aluma of Virginia Tech, North Carolina’s Armando Bacot and Prentiss Hubb of Notre Dame as the only four players named All-ACC this season that will return for the 2021-22 campaign.

Figured this was coming, but Isaiah Wong will return to Miami as arguably the top 1-on-1 shot creator in the ACC (will also cut down on Charlie Moore usage)

Wong is one of the top pick-and-roll scorers in the country. Once again, Wong will be asked to carry a large offensive load for Miami’s high-volume spread pick-and-roll offense.

Miami basketball has struggled in recent years; however, there are some reasons for optimism next season. The departures of Chris Lykes, Matt Cross and Earl Timberlake Jr., via the transfer portal, all hurt. But Kameron McGusty, another physical pick-and-roll option, returns at guard.

The Hurricanes are also in the mix for 5-star center Jalen Duren. The 6-foot-10 Duren is one of the top prospects in the 2022 class, but he’s considering an option to reclassify to 2021. Duren will consider a variety of options, including playing for the NBA G League Ignite team.