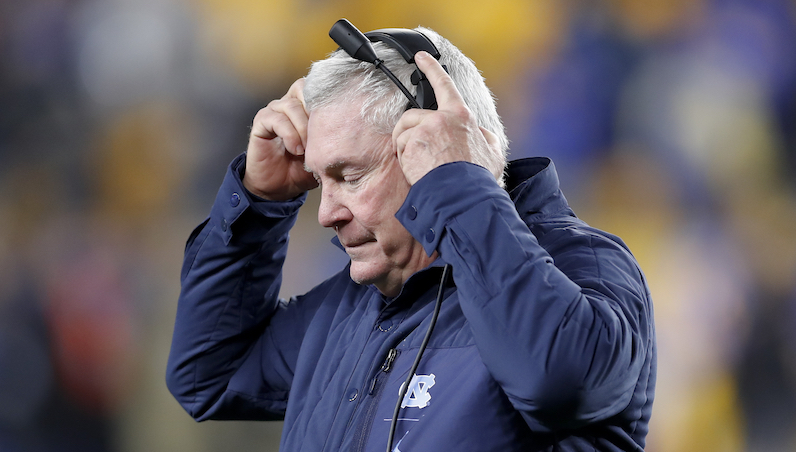 After only one season with North Carolina football, outside linebacker Trevion Stevenson will enter the NCAA transfer portal.

One of the byproducts of a beefed up recruiting effort will be crowded position rooms. There’s only so much playing time and reps to go around; players have more options than ever before to look elsewhere if they say greener pastures.

Stevenson is one of many Tar Heels to transfer out of the program over the last three months. Defensive tackle Clyde Pinder left in October. Wide receivers Emery Simmons and Beau Corrales are gone. So, too, are linebacker Eugene Asante and Kristian Varner, another defensive lineman.

Just before the end of 2021, veteran defensive back Trey Morrison also entered the portal.

Stevenson was a 3-star commit in North Carolina’s 2021 class. He appeared in only one game this season. Stevenson hails from Hampton (Va.), an important recruiting area for UNC football.

Of course, North Carolina’s coaching staff has gone through some shakeups on the defensive side of the ball, too. Last week, defensive coordinator Jay Bateman and outside linebackers coach/special team coordinator Jovan Dewitt were let go.

Listen: Why Gene Chizek was a home-run hire for Mack Brown and UNC