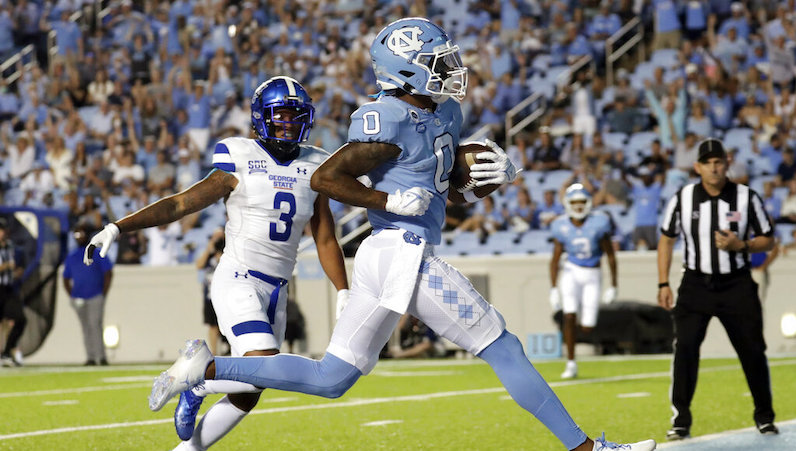 Following the departures of Dyami Brown and Dazz Newsome, after the 2020 season, it seemed like a lot of opportunities would come available in UNC’s pass game. However, the Howell-to-Downs connection has become an overwhelming priority.

Simmons was a 3-star recruit in the 2019 recruiting class, Mack Brown’s first class after returning to North Carolina. During his three-year career, Simmons caught 30 passes, including three for touchdowns.

For 2021, though, Varner functioned mostly as depth along the defensive front. He appeared in six games this season, while recording two tackles.

Two weeks ago, Clyde Pinder, another UNC defensive lineman, also transferred out of the program. As Ross Martin from Inside Carolina notes, this is a bit of a (small) trend in recent weeks for UNC. Five players have entered the transfer portal since mid-October, including wide receiver Khafre Brown and running back Josh Henderson.

Five #UNC players have entered the transfer portal since Oct. 18:

Tar Heels check in at No. 7 in this week’s ACC Power Rankings