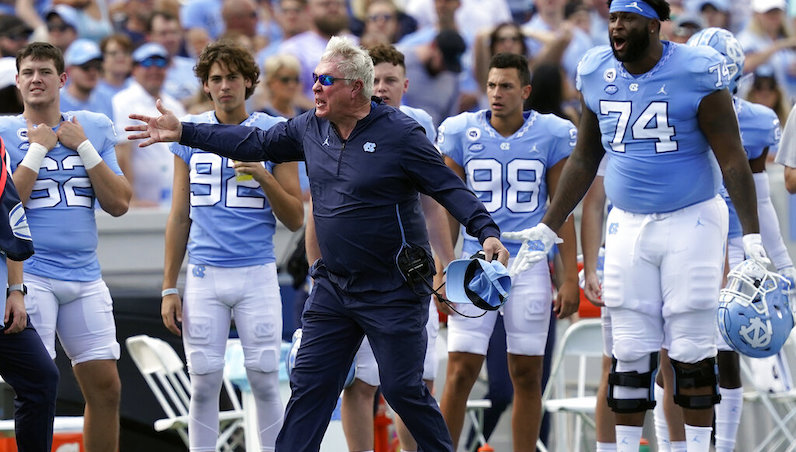 According to a report from Inside Carolina, via a UNC spokesman, sophomore defensive tackle Clyde Pinder will enter the NCAA Transfer Portal.

Pinder appeared in all seven games this season, although he played sparingly. The sophomore tackle recorded just one official tackle.

Not too long ago, though, Pinder was major commitment for UNC in the 2020 recruiting class; Pinder was a part of Mack Brown’s first full recruiting cycle back with the program. According to 247 Sports, Pinder, a 4-star prospect, rated as the No. 321 player in the 2020 class. He committed to UNC over Florida and Pittsburgh, among others.

During the 2020 season, Pinder appeared in seven games and compiled six total tackles.

The start of the 2021 football season came with great promise for the Tar Heels; however, UNC is 4-3 (3-3 ACC), with some tough losses vs. Virginia Tech, Georgia Tech and Florida State.

North Carolina’s defense has struggled, especially. The Tar Heels rank 79th in the FBS in terms of ESPN’s efficiency metric. Despite the struggles on defense, there’s a lot of talent up front on that side of the ball for UNC, which may have played a role in Pinder’s decision, too.