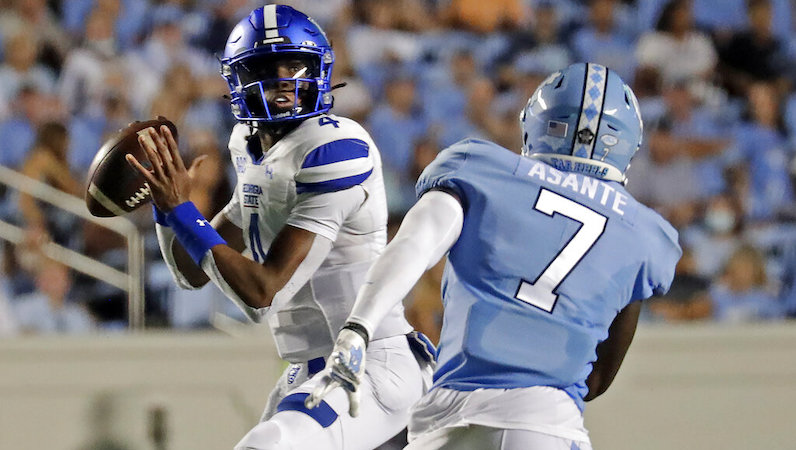 During his career at North Carolina, Asante recorded 58 total tackles, including 23 in the 2021 season. Asante was top-300 recruit in the 2019 class out of Virginia; he picked UNC over Florida State, Virginia Tech and UCLA.

Corrales was an important part of North Carolina’s offense in the 2019 season — the first under Mack Brown and Sam Howell. Corrales hauled in 40 catches (No. 3 on the roster) for 575 yards and six touchdowns. Since then, though, injuries have slightly derailed his career.

As Brown, Dre Bly and UNC continue to hum on the recruiting trail, another possible trend has emerged from within the program. Players are leaving the program via transfer.

North Carolina third-year LB Eugene Asante has entered the portal. He's had 58 tackles in his career.

This makes Corrales the third wide receiver to leave the program over the last 6-7 weeks.

With new VT coaching regime, UNC must be ready for competition in the 757