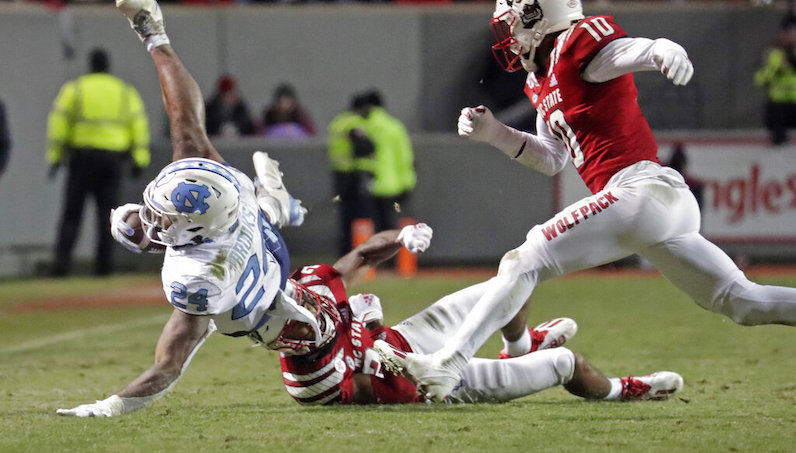 British Brooks will miss the entire 2022 football season following an injury over the weekend. Brooks, a veteran who entered the fall as North Carolina’s top running back, will be missed.

A fifth-year senior and former walk-on, Brooks appeared in 23 games during the 2019 and 2020 seasons, mostly playing on special teams. Brooks was the UNC’s special team captain and MVP in 2020.

After Brooks ran for 53 yards in the 2021 Orange Bowl vs. Texas A&M — with Javonte Williams and Michael Carter sitting out — expectations rose for Brooks heading into the 2021 season. However, Tennessee transfer Ty Chandler became UNC’s go-to running back: 173 carries for 1,063 yards and 13 touchdowns.

Brooks finished fourth on the roster with only 26 carries for 223 yards and three touchdowns.

Despite the lack of touches, Brooks had a monster performance during the 2021 matchup at NC State. Brooks ran for a career-high 124 yards on 15 carries, in defeat.

Without Brooks, North Carolina must turn to its youth in the backfield, as Mack Brown looks for playmakers to pair next to quarterbacks Drake Maye and Jacolby Criswell. This push could start with two true freshmen ball carriers — both 4-star, Top 150 prospects in the 2022 recruiting class: Omarion Hampton and George Pettaway.

Additionally, other running backs like Caleb Hood, Elijah Green and DJ Jones will be in the mix for carries and reps, too.