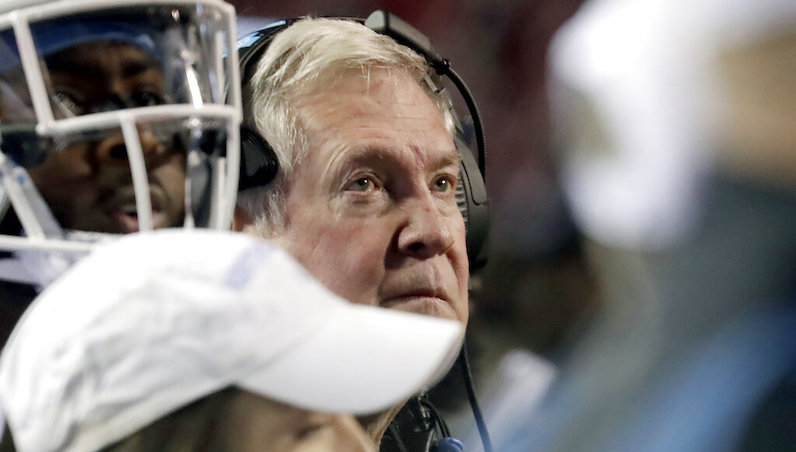 After three seasons with North Carolina, defensive coordinator Jay Bateman has been let go by the program. College football inside Bruce Feldman broke the news this morning.

Back in Dec. 2018, Bateman was an early hire of Mack Brown; after five seasons with Army, Bateman was brought on to be North Carolina’s defensive coordinator.

Despite an increase in talent — thanks to efforts on the recruiting front — North Carolina’s defense never really got going under Bateman’s guidance. In each of the last three seasons, UNC ranked outside the top 65 of the FBS in ESPN’s defensive efficiency metric.

The nadir of Bateman’s tenure, however, was the 2021 season. The Tar Heels ranked 99th nationally in defensive efficiency and and 105th in terms of scoring defense.

At the moment, all but three ACC schools will have a new head coach or a new coordinator next season.

The departure of Bateman won’t be the only change on that side of the ball for UNC, though. Jovan Dewitt, the program’s outside linebackers coach and special teams coordinator, will also leave, according to a report from Inside Carolina.