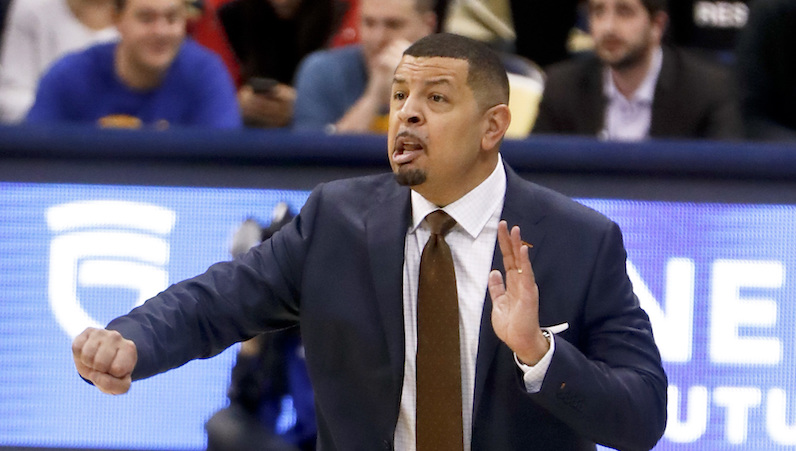 Pittsburgh head coach Jeff Capel shouts to his team as they play against Louisville during the second half of an NCAA college basketball game, Wednesday, Jan. 9, 2019, in Pittsburgh. (AP Photo/Keith Srakocic)

Jeffress, the No. 1 prospect in the state of Pennsylvania, is a fringe top-100 prospect; he committed to Pitt over offers from Notre Dame, Baylor and Penn State. Head coach Jeff Capel led the program’s recruitment efforts, too.

The 6-foot-7 Jeffress is the fifth member of Pitt’s 2020 class, which ranks 24th nationally, per 247 Sports. Jeffress joins 3-star power forward Noah Collier as an in-state addition for the Panthers.

Even with the departure of shooting guard Trey McGowens, Capel returns two impactful hybrid forwards: Justin Champagnie and Au’Diese Toney (2.4 percent steal rate). Champagnie displayed a variety of tools (3.1 percent block rate) and versatility (63 FG% at the rim) as a freshman; he could spend more time on the basketball next season, too.