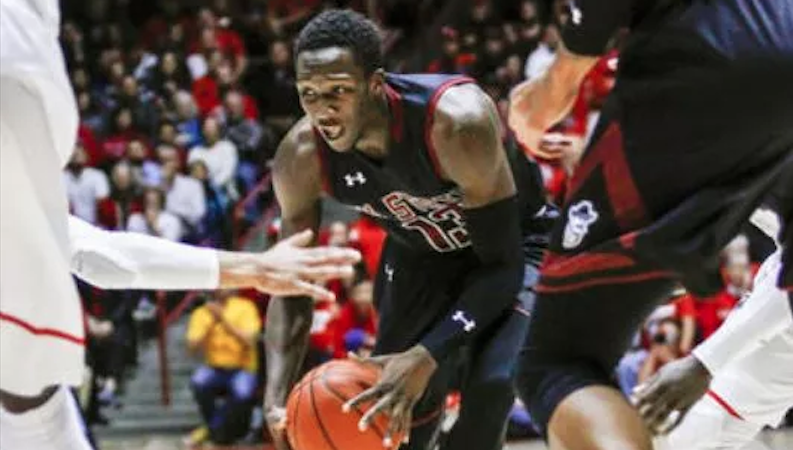 The last two months have been a whirlwind of activity for Pitt basketball. New coach Jeff Capel hit the ground running. Once it became finalized, the new coaching staff convinced several key players to remain at Pitt. The Panthers also added several prep commitments, including 4-star guard Trey McGowens, who will reclassify to the 2018 class.

However, last week, Pitt and Capel added a grad transfer to the roster, too: New Mexico State two-guard Sidy N’Dir is the newest addition.

N’Dir is eligible to play immediately.

During his time at New Mexico State, Sidy N’Dir participated in 71 games and made 43 starts. A former 3-star recruit that initially committed to Texas A&M, N’Dir played in just nine game during the 2016-17, due to a foot injury.

Prior to his injury, N’Dir was in the midst of a good offensive season: 13.7 points, 112.3 offensive rating (per KenPom) and 36.1 3P%. He posted a usage rate of nearly 22 percent, too. He also assisted on 15.8 percent of his teammates’ made field goals while on the floor.

In 2017-18, though, N’Dir started in all 34 games for the Aggies, champions of the WAC, who lost in the first round of the NCAA Tournament to Clemson.

N’Dir’s usage rate declined this past season — down to 15.9 percent, according to KenPom. In accordance, his scoring dipped, too: 7.8 points.

According to Synergy Sports, N’Dir’s most used possessions type was the spot-up. Over 32 percent of the 6-foot-2 guard’s possessions (93 total) were spot-ups: 0.98 points per possession (49.4 eFG%).

In conference games, N’Dir posted a turnover rate of just 7.4 percent, which was tops in the WAC.

Me And You And Him, Too

It’s clear: Since taking over at Pittsburgh, Capel and his staff have loaded up on guards. McGowens and Xavier Johnson are both 6-foot-3 combo guards; the left-handed N’Dir adds a veteran presence to next season’s backcourt.