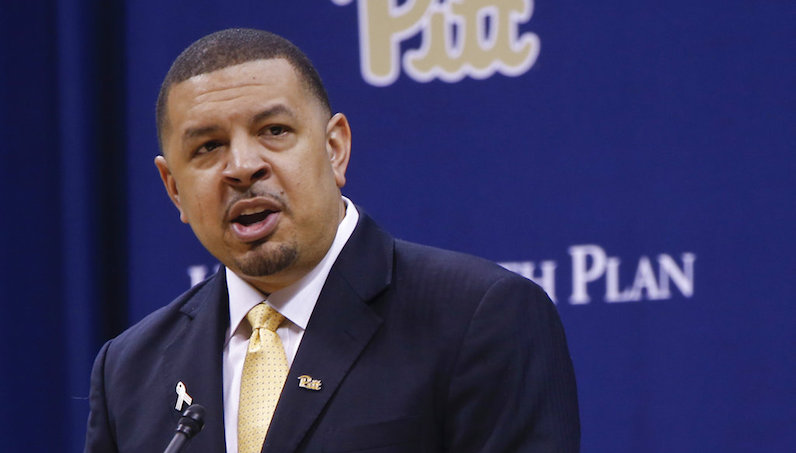 Jeff Capel during the news conference introducing him as the new mens basketball coach for the University of Pittsburgh's NCAA college team, WednesdayMarch 28, 2018, in Pittsburgh. Capel was an associate head coach at Duke for the past four years. He replaces Kevin Stallings. (AP Photo/Keith Srakocic)

According to a report from ESPN’s Jeff Goodman, Jeff Capel has made his first two hires to his coaching staff. The elder Capel will add his brother Jason Capel, who played at North Carolina (1998-02, and Tim O’Toole — currently the associate head coach at Cal.

Pittsburgh coach Jeff Capel will also hire Tim O’Toole on his staff, source told ESPN. So, Capel now has his brother, Jason, and O’Toole. One more full-time assistant spot to be filled.

With these two hires, Jeff Capel still needs to hire one more assistant coach; another report from two weeks back mentioned that Capel is interested in bringing Brandin Knight in as an assistant.

Knight is a former Big East Player of the Year (shared with Caron Butler in 2002); he played at Pitt for four years, 1999-03. Prior to becoming an assistant coach at Rutgers in 2016, Knight was a part of Jamie Dixon’s staff at Pitt for a decade.

Jim Larranaga agrees to a two-year contract extension with Miami