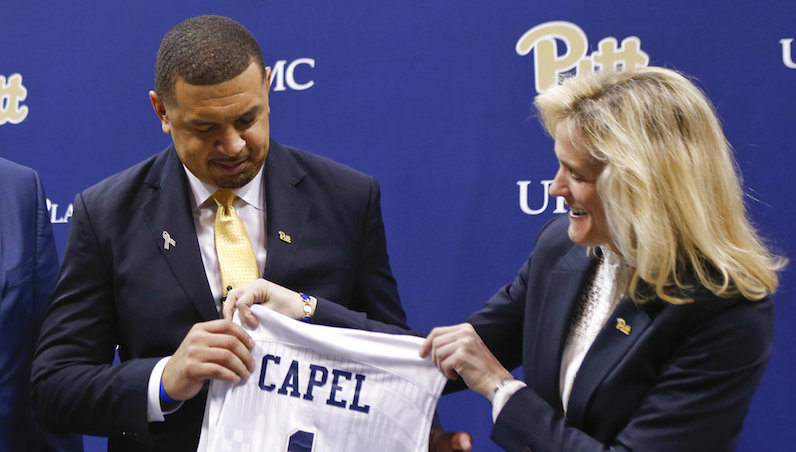 A week after accepting the head coach position for Pitt basketball, Jeff Capel joins the David Glenn Show. Capel has hit the ground running up in the Keystone State — figuring out his roster for next season, hitting the recruiting trail and having some fun with Jon Scheyer.

First things first, Jeff Capel is working on solidifying his roster for next season — starting with the 2017-18 Pitt roster.

“I reached out to each of them by phone or text, and talked to them in some capacity. Last week, I had the chance to meet with them. Hopefully I’m able to get some answers soon, because that will determine what we do with recruiting for this year.”

Click to listen to the interview with Jeff Capel

Dino Gaudio on Chris Mack: “I think for him and the timing, it just happened to be right”