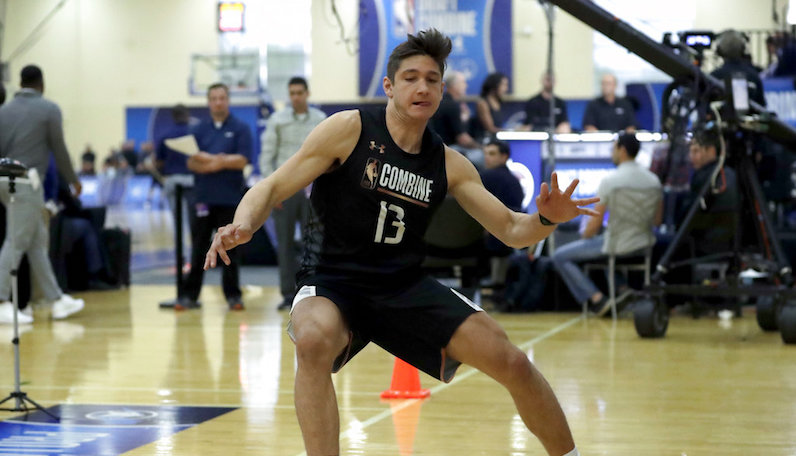 The 2018 NBA Draft Combine wrapped up this weekend in Chicago. Duke basketball was prominently featured, which is quickly becoming an annual tradition.

Let’s take a quick look at how a trio of Duke guards performed at this year’s event: Grayson Allen, Trevon Duval and Gary Trent.

In terms of max vertical leap, all three players ranked inside the top dozen of prospects who chose to be measured.

In the ACC-dominated shuttle run, Allen clocked in with the sixth best time amongst the combine’s guard participants: 3.04 seconds. Three of the players that ranked above Allen hail from the ACC, too: Tyus Battle, Lonnie Walker and Josh Okogie. (As of right now, Battle and Okogie have still yet to hire an agent, although that could be in the cards soon.)

Trevon Duval: Can he find a place?

When Trevon Duval declared for the draft last month, his decision was met with scoffs from portions of the college basketball community. However, as I wrote prior to his declaration, Duval’s jump to the pros made sense for a few reasons. Basically: Duval is a flawed prospect — his jump shot is a massive concern — but he offers value and upside for teams selecting later in the draft.

Last week in Chicago, Duval flashed some athletic skills at the combine.

Amongst the 13 point guards (labeled by the Combine) tested at the event, Duval tied with Penn State’s Tony Carr with the second best wingspan: 6-foot-8.25 inches. The only player to measure wider: Kentucky’s freaky point guard Shai Gilgeous-Alexander.

Duval, who measured 6-foot-2.5 in shoes, clocked in with the 11th best times (amongst guards) in the lane agility test and shuttle run. The only two guards with better vertical leaps than Duval: Okogie and Villanova’s Donte DiVincenzo.

Unless Duval has made some incredible strides with his jumper over the past eight weeks, he needs to convince teams that it’s worth investing in his athleticism and vision. Draft, stash, refine skills and give him time to learn to intricacies of point guard play in the NBA.

Towards the back end of the first round, a surplus of wing prospects will compete for a finite number of picks. Gary Trent is in this pool — along with his old teammate, Grayson Allen.

In terms of height, Trent measured at 6-foot-4.25 without shoes; he also recorded a near 6-foot-9 wingspan.

However, what jumped off the page for Trent was his max vertical leap: 39.5 inches. That’s an outrageously good number for a player that entered the pre-draft process with concerns over his explosiveness. (Trent recorded just six dunks in his freshman season at Duke.)

Trent, ever the gamer, created additional headlines with his in-game play at the combine, too. On Friday, Trent ripped nets on 3-of-5 three-pointers in one of the scrimmages, and scored 22 points.