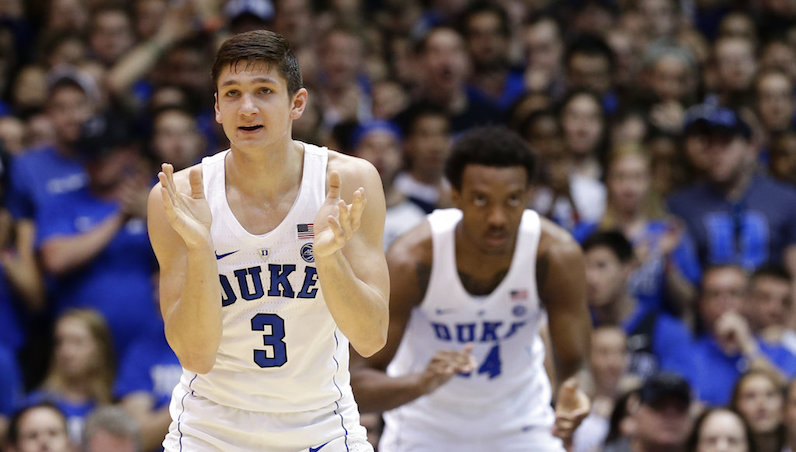 After the loss at North Carolina, Duke basketball switched things up. Ironically, the Blue Devils stopped switching on defense — which brought along this change.

Now, the zone was a big part of Duke’s defensive profile for large chunks of the season; however, since going to the zone full-time — 2-3, 3-2, 1-2-2, whatever it is — Duke basketball has become a defensive juggernaut.

It was all good just (two) week(s) ago

One of Duke’s first victims in the Age of Zone was the Virginia Tech Hokies — two weeks ago. In that performance, the Blue Devils blitzed one of the nation’s top-30 offenses. Virginia Tech scored less than 0.90 points per possession; from an efficiency standpoint, it was VT’s third worst offensive game of the season.

That’s coming from a team that scores 1.12 points per possession on spot-ups this season (42.1 FG%, 58.7 eFG%), per Synergy, which ranks 13th in Division I and No. 1 in the ACC. Virginia Tech has scored 1.02 points per possession against zone defenses this season; that game against Duke, and the loss at Syracuse, are the two times the Hokies have been held in check against a zone.

For the season now, Duke basketball has played 38.3 percent of its half-court defensive possessions in zone. Those minute have gone rather well for Coach K: 0.78 points per possession, per Synergy — No. 11 in the nation amongst teams that have played at least 100 zone possessions.

After a tough loss this weekend to an inspired Louisville team, Virginia Tech is now 9-7 in the ACC. BracketMatrix.com projects the Hokies as a No. 10 seed. All of that stuff is good; however, Buzz Williams and his squad don’t want to drop two in a row heading into the conference finale against Miami — another team playing for tournament seeding.

Can the Hokies knock down more shots in The Cassell on Monday night, or will Duke’s zone continue to roll along?

Beyond the box score: NC State’s dominance vs. Florida State