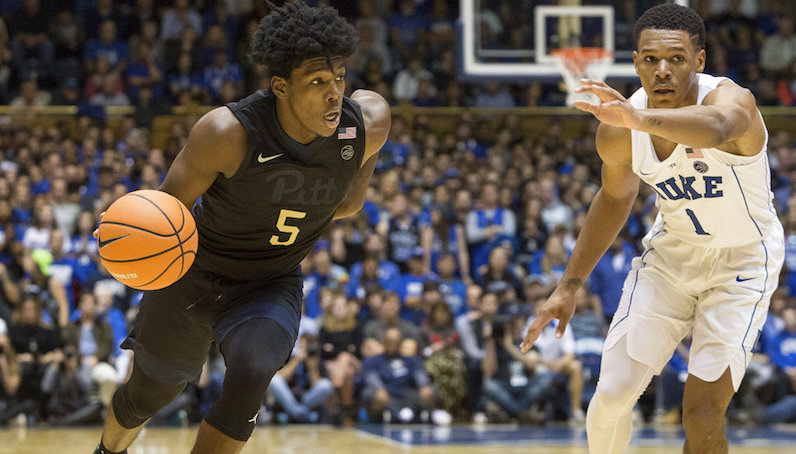 It is a frequent topic of conversation up and down Tobacco Road, and throughout the college basketball universe. The evolution of Duke basketball during the one-and-done era, which ran parallel with Mike Krzyewski’s tenure as the head coach of USA Basketball, is something to behold.

These days, the Blue Devils are younger, and more talented. Over the last four years (2014-17), nine Duke players have been selected in the first round of the NBA Draft, including one top-three pick each. Only one of those nine players — Rodney Hood — was a one-and-done prep prodigy.

It’s not just the talent level and median age of the roster that’s changed for Duke basketball, though. On offense, the Blue Devils have mostly stayed the same; put gifted players in motion sets and let them read-and-react. The difference, however, has come on the other end: Defense.

Duke basketball has played more zone this season that any other in program history. Over 30 percent of the team’s half-court defensive possessions have been spent in zone, per Synergy Sports.

It makes sense, too. Duke has had all kinds of issues defending the pick-and-roll this season; Ky Bowman said as much last month when he joined The David Glenn Show. Instead of having Marvin Bagley and Wendell Carter spend the whole game chasing speedy guards off ball screens, why not have those two monsters just set up shop at the hoop?

Duke’s rotation is once again thin this season as well. Bagley and Carter have to stay on the floor; that’s imperative for Duke’s title hopes. While certainly not impenetrable, the zone offers some protections for those two. Some teams have to worry about rebounding gaps — a weakness of zone defenses. However, with Bagley and Carter on the floor — including at times with Javin DeLaurier — that’s less of a concern for Duke.

Those three players all have defensive rebound rates above 20 percent, according to KenPom. They are so big and athletic: Duke doesn’t have to be in perfect position to snag rebounds.

Basketball History: A Change Over Time

A season ago, Duke spent only 10.4 percent of its half-court defensive possessions playing zone. That, however, is still a large increase compared to only a few seasons ago.

From this chart, which dates back to the first season after the 2010 championship, it’s easy to see when things started to change for the Blue Devils. It was at the midpoint of that 2014-15 season when Duke started to deploy the zone. Media members and fans couldn’t believe what they were seeing — Duke willingly playing zone: had hell frozen over, too?

Well, Duke went on to win the NCAA Championship that year, and even went to the zone at time against Wisconsin in the title game. Duke basketball was still elite on man-to-man defense that season — holding opponents to 39.9 percent shooting and 0.78 points per possession. The zone became a change of pace, though, when Coach K needed to mix things up, or get Jahlil Okafor out of ball screen defense. (Does that sound familiar?)

Since then, it’s been a lesser-used but important staple of the program. However, it’s still a little jarring to see how quickly this shift has occurred. According to Synergy, from 2010-14 Duke defended just 101 half-court possessions via zone, over the course of four seasons.

Food for Thought: How Zion Williamson and Javin DeLaurier could cause havoc defensively