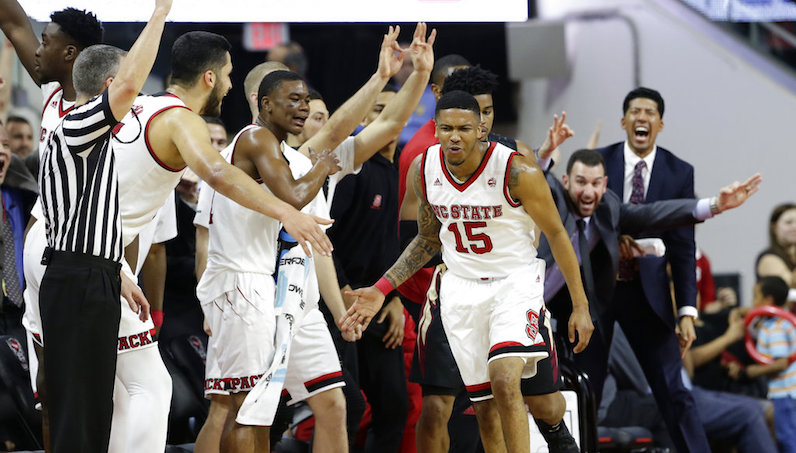 Greensboro is just a short drive along 1-40 from Raleigh; for graduate transfer Sam Hunt, though, it’s been like entering a new dimension. (There must be a portal in Burlington, or something)

In NC State’s 92-72 win over No. 25 Florida State on Sunday, the Wolfpack went 13-of-22 (59.1 percent) from beyond the arc. Hunt, who continues to sizzle in ACC play, connected on all four on this three-point attempts. This triggered the PNC Arena crowd into chanting his name — something Hunt described afterwards: “It was amazing. I’m dreaming. I’m really on cloud nine right now. It was an amazing feeling.”

NC State became the 82nd team this season to shoot 59 percent or better on at least 20 three-point attempts, per Sports Reference.

Against the Wolfpack, however, trouble was all over the floor. Sam Hunt, Al Freeman and Markell Johnson combined to go 9-of-11 (81.8 percent) on spot-up three-point attempts, per Synergy.

ACC Bracketology: One Key Stat to Know for Each Team