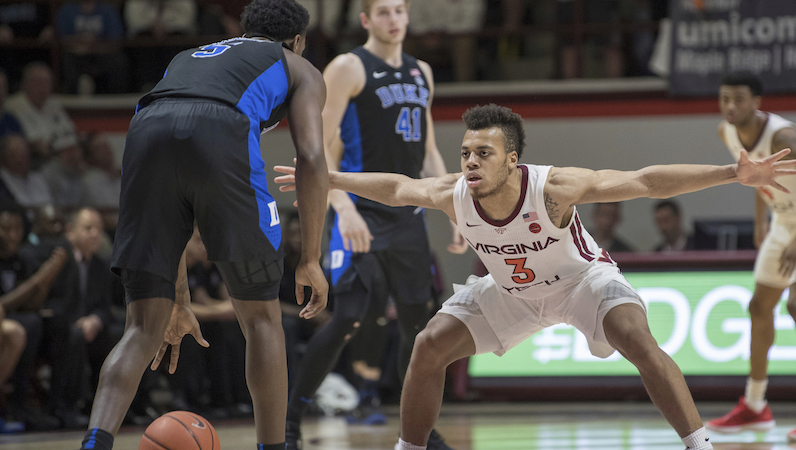 As new coach Mike Young was worked to piece together a roster for the 2019-20 season, Virginia Tech Basketball got big news on Thursday. Veteran guard Wabissa Bede, who entered the NCAA transfer portal in early April, will return to Tech for his junior season.

After serving in a back-up for role the 2017-18 season, Bede became a factor for the Hokies this year. As a sophomore, Bede played in all 35 games (26 starts), and was on the floor for nearly 63 percent of the team’s minutes this season. A low-usage/defensive player (11.2 percent usage rate), Bede ranked eighth in the ACC during conference play in steal rate (3.1 percent).

This decision comes about four weeks after Landers Nolley announced his decision to return to Virginia Tech, too. Two week back, top-100 prospect Jalen Cone committed to the Hokies, too.

With a host of other departures, Bede could be the most experienced player (63 games) on next season’s roster in Blacksburg. There’s still one more big chip to fall for Young and the Hokies: What will All-ACC center Kerry Blackshear Jr. decide to do? Blackshear is currently in both the NBA Draft pool as an early entrant and the transfer portal as a possible graduate transfer.

What does Kerry Blackshear Jr.'s basketball future look like?@GoodmanHoops has the latest. pic.twitter.com/JhExfPmhMK