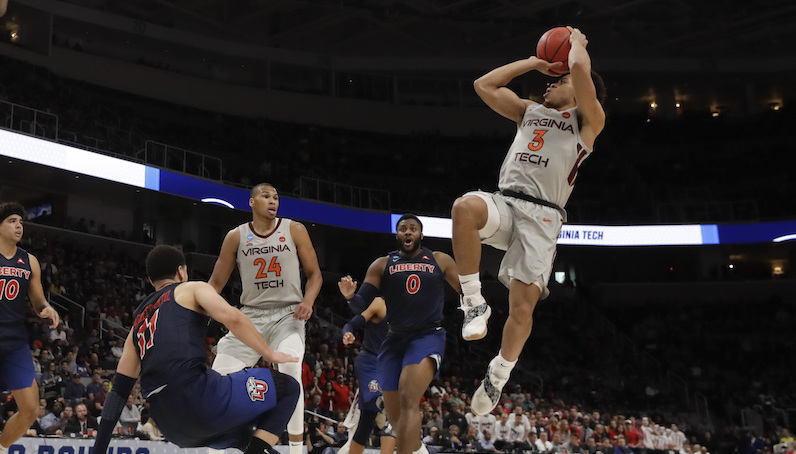 For the 2019-20 basketball season, Virginia Tech will have a new head coach: Mike Young. That high turnover rate will run throughout the entire program, too. Last week, it was announced that two Tech veterans — Wabissa Bede and Chris Clake — had entered the NCAA’s transfer portal.

Nolley, a former top-100 prospect, didn’t play during his freshman season at Virginia Tech; he wasn’t cleared by the NCAA due to his reported ACT score.

Prior to the 2018-19 season, Clarke was a major three-year contributor to Tech basketball, including two NCAA Tournament teams. In 2018, he finished runner-up to De’Andre Hunter for ACC Sixth Man of the Year. Clarke’s ubiquitous game (61.4 eFG%, 2.2 percent steal rate) allowed him to have a two-way impact for the Hokies.

However, in late Oct. 2018, Clarke was suspended indefinitely for an unspecified reason. He never returned for the Hokies. According to a report from Norm Wood of the Daily Press, Clarke was charged last Wednesday with with misdemeanor possession of Marijuana in Blacksburg. “He has a hearing May 9 in Montgomery County General District Court in Christiansburg,” per Wood.

After a mostly reserve role in the 2017-18 season, Bede became more of a factor for Tech this year. The sophomore guard played in all 35 games (26 starts), and was on the floor for nearly 63 percent of the team’s minutes this season. A low-usage player (11.2 percent usage rate), Bede ranked eighth in the ACC during conference play in steal rate (3.1 percent)

Bede could still return to Virginia Tech for his junior season; Clarke, however, won’t have the same opportunity.

Also, senior stalwarts Justin Robinson, Ahmed Hill and Ty Outlaw will depart the program, too. As will blue-chip wing Nickeil Alexander-Walker, who declared for the 2019 NBA Draft.