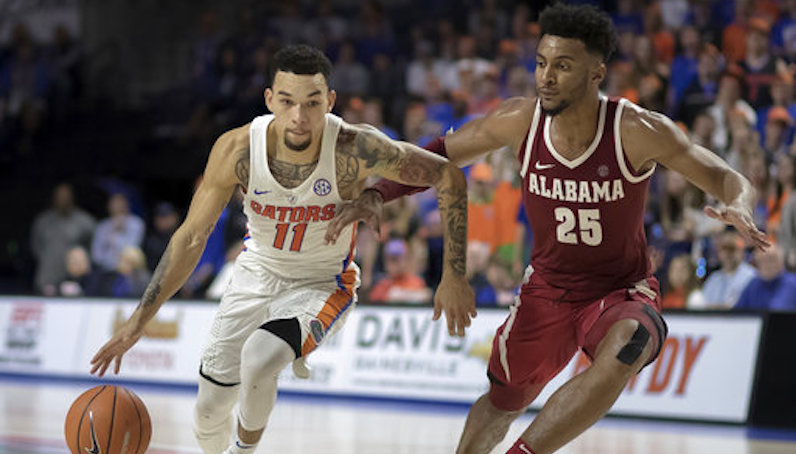 One of the best college basketball teams in America just got better. After months and months of waiting, Alabama transfer Braxton Key has received a waiver from the NCAA; he’s now eligible for Virginia basketball this season.

Virginia's Braxton Key has received a waiver from the NCAA and is eligible for the entire 2018-19 season, per release. Transfer from Alabama.

Even without Braxton Key, UVA had the makings of a Final Four team. Now, Tony Bennett and the Cavaliers get to add another multi-positional forward with some defensive chops to the rotation. The 6-foot-8 Key can guard a variety of positions; during his two seasons in Tuscaloosa, he logged big minutes (over 1,600) for two top-25 defenses (2017 and 2018), per KenPom.

For his career, Key has averaged 1.2 steals and 0.8 blocks per 40 minutes. Put him in the frontcourt alongside De’Andre Hunter — one of the best defensive prospects in the nation — and Mamadi Diakite, and UVA could overwhelm opponents with serious length. Those post-to-post double teams in the Pack Line defense could be more ferocious than ever before.

Veteran center Jack Salt will obviously see minutes at the 5, but Virginia fans have to be dreaming about a crunch-time lineup of Ty Jerome, Kyle Guy, Key, Hunter and Diakite that can score and matchup with anyone.

He did, however, shoot 66.7 percent and score 1.41 points per possession on put-backs after an offensive rebound last season, per Synergy.

What does UVA look like with an immediately-eligible Key?