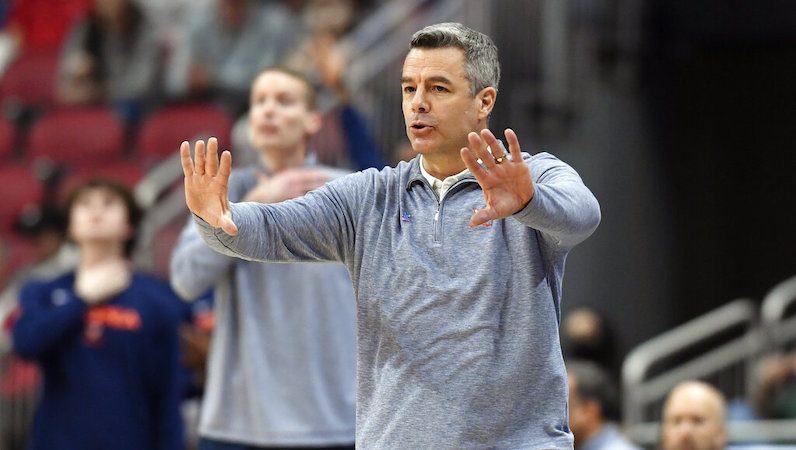 Virginia head coach Tony Bennett sends a play in to his team during the second half of an NCAA college basketball game against Louisville in Louisville, Ky., Saturday, March 5, 2022. Virginia won 71-61. (AP Photo/Timothy D. Easley)

Things are trending up between Blake Buchanan and Virginia.

Last week, UVA coach Tony Bennett watched Buchanan, a 3-star center in the 2023 class, play in an AAU tournament in Kansas City, according to a report from Jerry Ratcliffe. Bennett extended an offer to Buchanan on April 26.

Now, the 6-foot-9 Buchanan will visit Virginia’s campus in Charlottesville this weekend.

247 Sports ranks Buchanan, who has some stretch/shooting to his game, as the No. 20 center in the 2023 recruiting class. Currently, UVA has no commitments for 2023.

Of course, Bennett assembled a deep 2022 class, which includes four 4-star commitments, headlined by power forward Isaac Traudt. That group ranks as the No. 11 class in the country, according to 247 Sports.