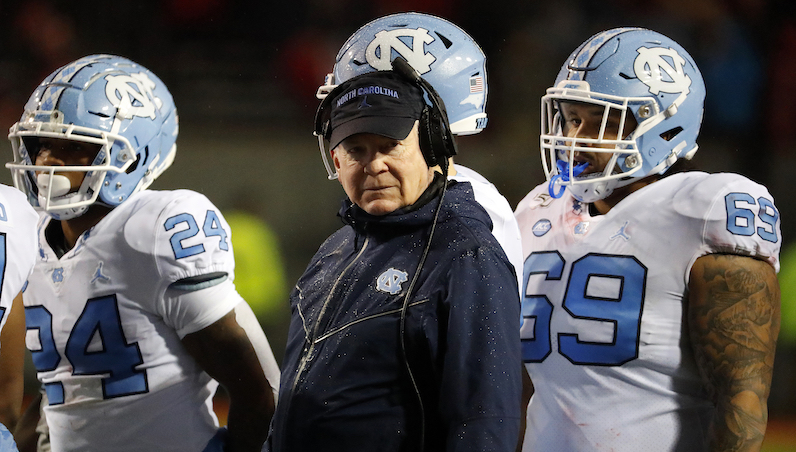 The class, which features 15 signees, is headlined by two 5-star linemen: offensive tackle Zach Rice and in-state defensive tackle Travis Shaw, who picked North Carolina over Clemson. Rice and Shaw are two of the top 10 overall prospects in the class, too.

In total, North Carolina signed nine of the top 200 prospects for 2022.

While the 2021 class was historic in terms of its in-state dominance, the 2022 group features a fair amount of Virginia flavor, thanks to assistant coach and ace recruiter Dre Bly.

With Brent Pry now installed at Virginia Tech, it’ll be interesting, though, to see if the Hokies can gain ground in the region. During the heyday of the Frank Beamer era, this was a pivotal recruiting base for Virginia Tech.

New Virginia head coach Tony Elliott will likely focus new efforts on the region too. However, as long as Bly is in Chapel Hill, Brown and UNC will have a strong connection in.

Of course, the next key will be raising the standard on the field as well. After three seasons with Brown back in town, North Carolina has a record of 21-16 (.568). UNC is set to play in its third straight bowl game, too. Given the state of the program when Brown took over, this is an impressive run.

However, one of the main reasons Brown was able to microwave success so quickly — quarterback Sam Howell — is likely to leave for the 2022 NFL Draft. Howell was a solid bridge for the Tar Heels. To take the next step, though, Brown’s recruits must develop and perform up to their glossy expectations.

2022 3-star Will Hardy flips from Virginia to North Carolina