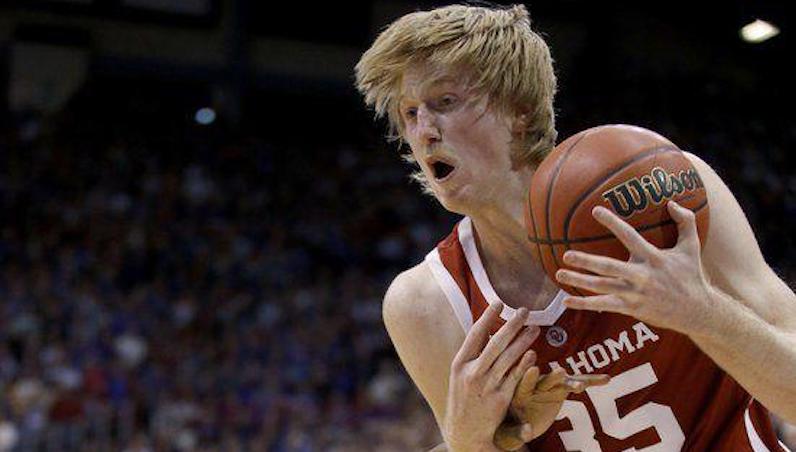 Manek’s 3-point shooting is an important component. Ever since Luke Maye left the program in 2019, UNC’s frontcourt has been starved for some stretch threat. Manek has spent his career in Norman vacillating between the 4 and 5 — with 53.4 percent of his career field goal attempts coming from beyond the arc.

As a senior, though, Manek battled injuries. He averaged 10.8 points per game (47.7 2P%), while seeing a decline in his effective and true shooting rates.

Manek doesn’t get to the line much (2.6 FTA per 40 minutes career), nor does he hit the offensive glass much. Those are byproducts of a big man that spends a good deal of time floating around the perimeter. That, however, is a real boon for the Tar Heels.

Since taking the job, Hubert Davis has stated his desire to space the floor better in Chapel Hill. Manek is an obvious ingredient to help the overall recipe. When Davis plays Manek with wing sniper Kerwin Walton, UNC can dot the perimeter with two ace shooters; this should open the floor for Caleb Love and Leaky Black.

Love struggled driving against a compressed floor this season. Some of that is due to Love; he struggles to separate from defenders and get into the paint, which adds to his challenges as a finisher and creator. However, North Carolina’s lack of secondary shooting complicated matters.

Manek should be able to run pick-and-pop action with Love and Black. (Manek is an excellent pick-and-pop weapon.) Additionally, when UNC looks to get to high-low action, including out of its continuity ball screen offense, Manek should help matters, significantly.

Assuming Armando Bacot returns after testing the NBA Draft process, the Bacot-Manek frontcourt should fit nicely on offense. With Manek spaced out, Bacot will have more room than ever before to have office hours down on the low block.

Gene Chizik accepts offer, will return to UNC as DC