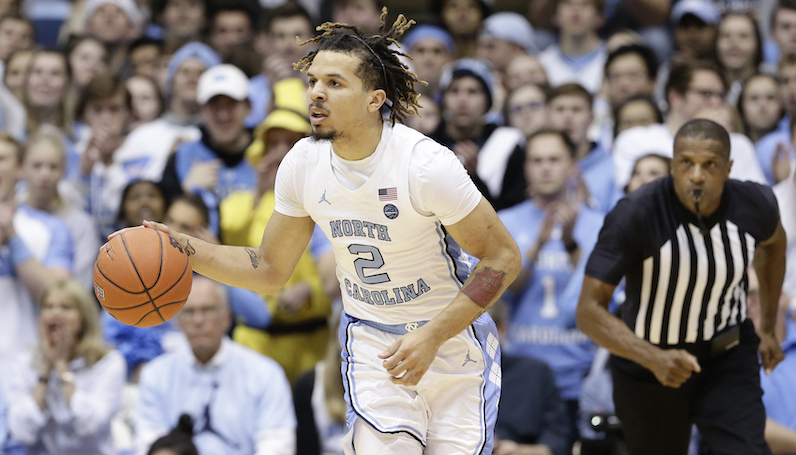 North Carolina freshman point guard Cole Anthony has declared for the 2020 NBA Draft. Anthony appeared in 22 games this season (20 starts), and averaged 18.5 points and 5.7 rebounds per game. The 6-foot-3 Anthony projects as a lottery pick in the upcoming draft.

UNC entered the season with lofty expectations; however, the Tar Heels struggled, especially on offense. Anthony, while dealing with a knee injury that cost him 11 games, couldn’t prop up an offense that finished outside the top 300 nationally in 3-point percentage and effective shooting.

With a lack of secondary options, it was on Anthony to generate a lot of offense this year in Chapel Hill. The results were mixed, unfortunately. With a monster usage rate of 29 percent, Anthony got up a lot of shots, and went to the foul line plenty (6.7 FTA per 40 minutes), too. For the season, Anthony shot just 38 percent from the floor and 34.8 percent from beyond the arc.

At times, it looked as though Anthony lacked explosion and the ability to separate from defenders in the paint. Anthony shot under 40 percent around the rim in the half court, per Synergy Sports. That’s a pretty brutal number.

Of course, it should be noted that Anthony dealt with an imbalanced offensive floor. The Tar Heels, as is tradition, played a lot of minutes with two traditional bigs on the floor together: Garrison Brooks and Armando Bacot. Brandon Robinson and Christian Keeling (late in the season) provided some shooting on the wing; however, it wasn’t enough to offset issues with Leaky Black and Andrew Platek. In turn, that made things awfully congested for Anthony to deal with in the lane.

Anthony’s shooting numbers, along with his prep basketball pedigree, which was powerful, should still keep him in the 2020 draft lottery. However, he took a bit of a tumble this season; Anthony entered the college season as the No. 1 prospect on a lot of big boards.

Garrison Brooks to return for his senior season