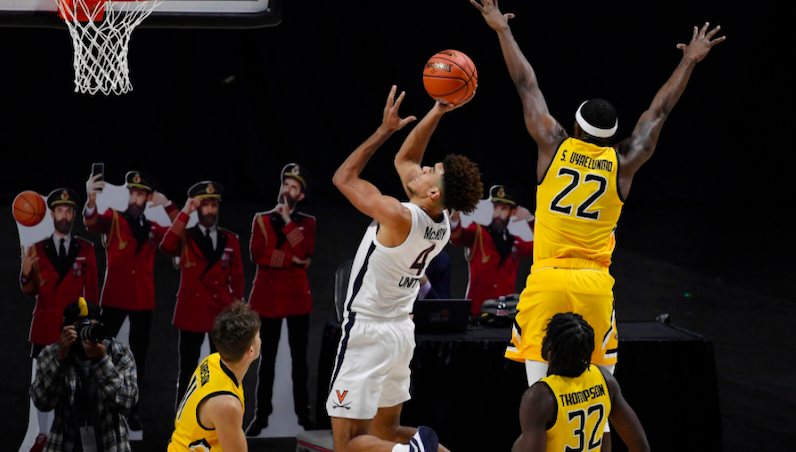 McKoy’s decision comes only two days after UNC offered the 6-foot-8 forward a scholarship. North Carolina actually offered McKoy a scholarship late in the 2019 recruiting cycle — when McKoy was a star at nearby Panther Creek High School in Cary.

During two seasons with Virginia, McKoy appeared in 33 games (4 starts). While on the fringe of Virginia’s rotation this season, McKoy saw action in 19 games; he averaged 3.5 points (48.3 FG%) and 3.3 rebounds per game.

McKoy is a mobile defender and a solid rebounder: 11.1 percent offensive rebound rate and 26.1 percent defensive rebound rate. In terms of position, McKoy is best suited to guard 4s, though he can also play center, which could make more sense depending on who else is on the floor.

North Carolina’s frontcourt rotation for next season is a bit of a mystery box. Day’Ron Sharpe declared for the draft; he projects as a late first round pick. Armando Bacot will test the draft process, though he’s not really much of a prospect; he projects as a strong candidate to return.

Of course, Walker Kessler announced three weeks ago his decision to enter the transfer portal and leave North Carolina. Davis, however, and UNC continue to work on recruiting Kessler back to Chapel Hill. Auburn and Gonzaga loom as competitors.

Justin McKoy is the first undergraduate scholarship player to transfer to North Carolina since Makhtar N’Diaye in 1995.