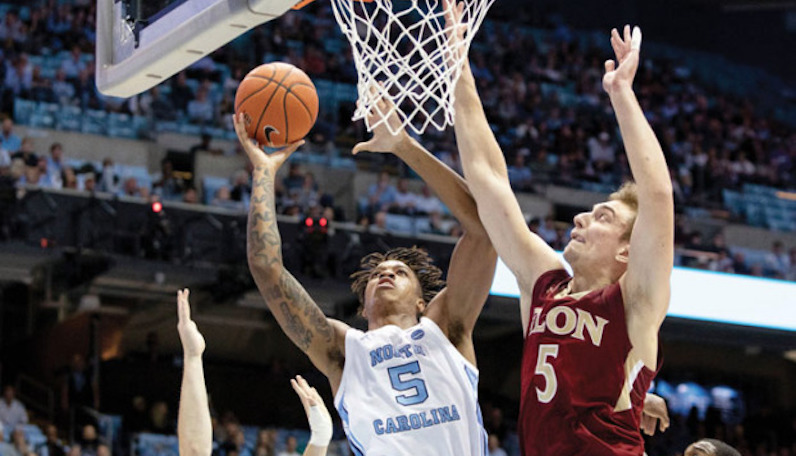 In the hours after the introductory press conference for Hubert Davis, sophomore center Armando Bacot declared for the 2021 NBA Draft.

Bacot plans to test the draft process; the 6-foot-10 All-ACC performer will keep to door open for a junior year return, though.

During his sophomore season, Bacot started 28 of 29 games. Bacot averaged 12.3 points and 7.8 rebounds per game. The biggest growth for Bacot came with his paint finishing. After shooting 46.9 percent on 2-point attempts as a freshman (60 FG% rim), Bacot jumped to 63.1 percent this season (68 FG% rim).

While Bacot has a lot of offer as an interior presence in college basketball, he’s rather limited as an NBA prospect. Bacot isn’t ground-bound, but he lacks elite vertical pop for a defensive big. Bacot can block a shot (4.8 percent block rate), but those rejections don’t necessarily come in scalable rim-protection scenarios.

There’s very little defensive versatility as well: Bacot can’t switch around and guard other positions. He can really only defender other paint bigs.

On the other side of the floor, Bacot brings no stretch element to the table. During his time with UNC, Bacot has attempted a total of one 3-pointer, which he missed. When North Carolina looked to run high-low action with Bacot in the high-post area, opposing defenders would back off Bacot and sink even further into the paint — an effort to deny the post-entry lob pass.

This isn’t to say that Bacot can’t eventually crack an NBA roster. He has good size and likes to rebound. That’s not nothing. However, he’s a center that offers little rim protection, no switch-ability on defense, no threat as a pick-and-roll lob finisher and he can’t space the floor.

As of right now, Bacot isn’t a draftable prospect. If the ultimate goal is to test the process and see where he is in the mind of NBA executives, that’s great. This is what this feedback process should be used for. If Bacot hopes to be drafted in 2021, well, that simply won’t happen. He needs to improve in at least one of several key areas to change his high-end outcome as a prospect.

UNC’s roster remains a bit of a mystery box at the moment, especially with “Walker Kessler could return” chatter starting up. Unless he’s ready to start his pro career now, which could be the case, Bacot projects as a prospect that could easily return for another college season.

If Bacot does return, that really changes the calculus for Davis and North Carolina. Bacot, as a junior, would give this team a low-post hub to run offense through; the Tar Heels would have an offensive anchor.