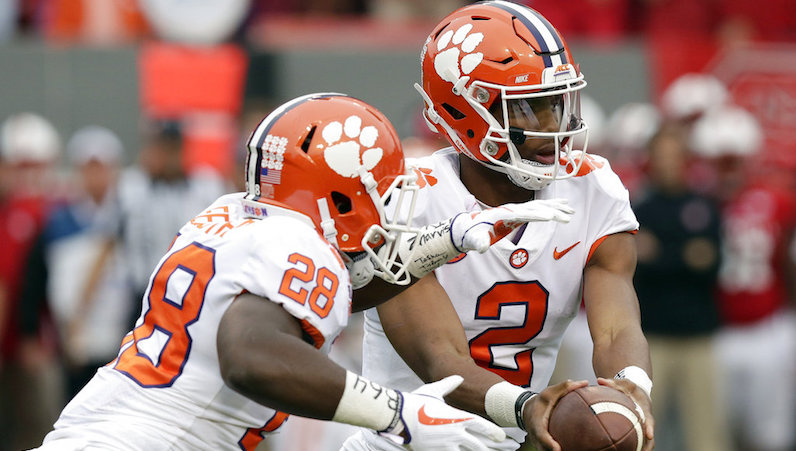 Feaster, who also considered Virginia Tech before landing on the Gamecocks, won’t have to leave the state — his hom estate — where he’s played the last three seasons. The Hokies received an official visit from Feaster in late May; however, Virginia Tech will finish second to South Carolina in this competition.

A former 5-star recruit, Feaster hails from Spartanburg. He will enroll at South Carolina in August.

Breaking: Tavien Feaster will enroll at USC following his graduation at Clemson. @wachfox has been told that there is no date set at this time for Feaster’s first day with the Gamecocks but he’s expected to join the team following the the end of Clemson’s summer schedule (Aug 5).

After running for 669 yards (107 carries) and seven touchdowns — while also catching 12 passes for 112 yards and a touchdown — as a sophomore in 2017, Feaster took a bit of backseat to Travis Etienne during his breakthrough 2018 season.

As a junior in 2018, Feaster mostly split touches out of the backfield with fellow reserves Adam Choice and Lyn-J Dixon; he finished the season with 78 carries for 440 yards and six touchdowns.

He finished his career at Clemson with 1,330 rushing yards and 16 total touchdowns.

Trevor Lawrence is the ACC’s top quarterback in 2019