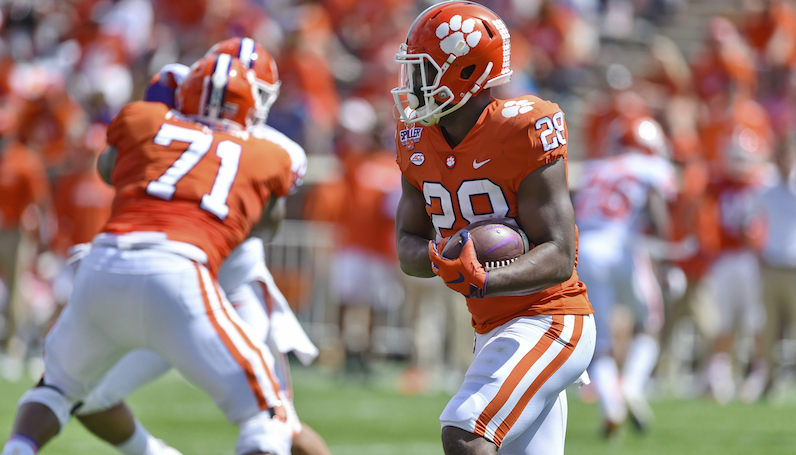 Later in the evening on Wednesday (May 8), Duke got on the board with its 2020 basketball recruiting. The Blue Devils landed a commitment from 5-star point guard Jeremy Roach.

Roach is rated as the No. 2 point guard in his class, according to 247 Sports. He’s also a big fan of Duke’s social media game, too. Assistant coach Jon Scheyer led his recruitment; Roach also took an official visit to Durham last October.

Lot of basketball programs have placed a higher premium on social media content in recent years.

I've done a lot of commitment interviews, Jeremy Roach is first I've heard cite social media when discussing a pledge. It's not why he's going to Duke, but appears to have helped.

After committing to Clemson earlier in the week, Tulsa graduate transfer Curran Scott is an official part of Clemson’s roster. Scott, who started his career at Charlotte (2015), has 96 games of college experience under his belt. In the 2018-19 season, Scott averaged 8.9 points and shot 39.4 on 3-point attempts.

Excited to officially welcome Curran Scott to the #ClemsonFamily! 🐅

Clemson must replace a lot of backcourt production after the 2018-19 season, especially with the departure of spot-up/isolation star Marquise Reed.

Sticking with Clemson: After going through practice as the team’s No. 2 running back — behind Heisman hopeful Travis Etienne — Tavien Feaster has elected to transfer out of the football program. Feaster, the former 5-star recruit, plans to graduate this summer and play for another team in 2019.

Woody Wommack of Rivals has a list of six programs that have reached out to Feaster since he entered the NCAA’s transfer portal, including another ACC foe: Virginia Tech.

After running for 669 yards (107 carries) and seven touchdowns — while also catching 12 passes for 112 yards and a touchdown — as a sophomore in 2017, Feaster took a bit of backseat to Etienne during his breakthrough 2018 season.

As a junior in 2018, Feaster mostly split touches out of the backfield with fellow reserves Adam Choice and Lyn-J Dixon; he finished the season with 78 carries for 440 yards and six touchdowns.